The “Wifetionary” is the detailed, custom dictionary of terms specifically generated at (and for) The Wife Hates Sports.  This page will be updated sporadically throughout the life of the site. 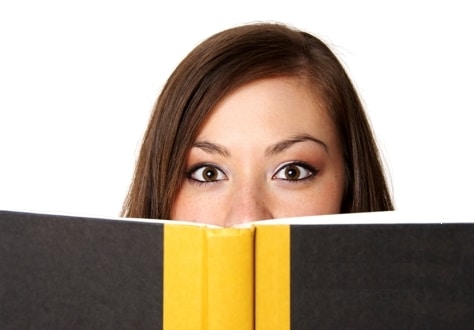 Feel free to nominate terms of your own (via the “CONTACT” button at the top of the home page).  Any submissions – as long as tasteful enough and accepted by management – will be featured here along with a credit.

COMING FALL 2020 – This gem of a story will have a blog of its own, and when that’s out, we’ll reveal the definition here.

In an attempt to bond with me, she (the mother-in-law) pays closer attention to the sports I watch.  She buys team shirts and sweatshirts to wear for the big games.  In the beginning, she was your typical “20 questioner” but as time passed, she became an expert.  Now, on the rare occasion when we are all in the same room watching a game and THE WIFE asks a question about what’s going on, before I can give an answer, The Expert-In-Law gives a complex answer that is almost always off the mark.” > Submitted by Joe L. 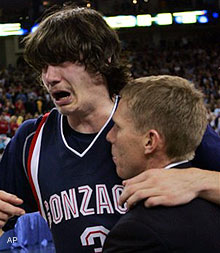 Yes, it’s a cheese – but it’s also so much more.  In sports, this is what THE WIFE calls Gonzaga’s basketball program.  She often picks them in March Madness – except for the 2010 NCAA Tournament, where she was sick of them underachieving and busting her brackets.  Here’s hoping Adam Morrison isn’t too upset about this name.

It’s 4th and goal at the 1, 10 seconds to go, your team is down 6, and THE WIFE chooses the appropriate time to either ask a question or walk in front of the television.  It’s in-opportunistic and painful – and it happens a lot.

It’s not a television show, an NFL football team, or a Christian rock band.  It is instead the wives that choose to tell you that it’s Just A Game, all after your favorite team just lost a heartbreaker – and the wounds are still gaping and painfully fresh.

The time added to the end of each half of a soccer match. > Courtesy of Darrell Harden’s Wife

The art of juggling baby and football, while using as much technology and Fantasy Sports as possible.  Warning: if baby is disturbed or becomes agitated and requires a shift to THE WIFE, this could result in additional chores and less football.  Proceed with caution.

This is THE WIFE that – when at a live sporting event – will scream more obscenities than every male in her section.  Call it borderline “diarrhea of the mouth”.  As men, we still can’t decide if this is a good thing or a bad thing.  Perhaps it’s a combination of both?

For those that are unaware, having “big onions” is another term for “big balls”.  When it comes to sports, quite often, us men feel we know a lot about the sports we’re most passionate about.  That’s where THE WIFE comes in and takes us down a notch.  THE WIFE will occasionally ask the most off-the-wall and impossible to answer questions.  This has to be on purpose.  Then, when we don’t know the answer, the response is: “I thought you knew a lot about sports.”  Yeah, talk about bustin’ your onions – or peeling them.  Either way, it stinks – and it makes your eyes water, too.

The art in which the male species anticipates a future GIRLS NIGHT out, then formulates a plan with his circle of friends, to ensure that the significant others of THE WIFE’S friends are able to get out and participate in a GUYS NIGHT on the same day.

All excitement of THE WIFE showing interest in the score of a game immediately gets flushed down the toilet when she chimes in and refers to any score in a denomination of “points”. No sir, bowling isn’t pins, hockey isn’t goals and baseball isn’t runs.  The “Pointologist” WIFE always asks, “How many points are they up by?”

Hey, I’m all for THE WIFE asking questions to try and learn more about sports, but it’s those parties out there that ask so many questions that the game “20 Questions” appears to be as short as Jay Leno’s prime time career.

This is THE WIFE that always states the score with your team’s score first, no matter what the outcome.  Sorry, kids – but our team didn’t lose “13 to 24” – it was a loss, but with a final of 24-13.  If you want the term to be a bit more classy, just add a French Schwa over the second “E” and pronounce it accordingly.

A buddy was over for a BBQ – and he brought THE WIFE with him.  After dinner, the group hung out and turned on the TV, and began watching the Cubs and Phillies game.  Ryan Theriot came up to the plate, when the buddy’s WIFE said, “Who is the riot?”  Yeah, it’s “tear-ree-oh”.  I researched it further and couldn’t track down Theriot’s nickname by players – but usually in baseball, it’s a part of their name, plus the letter “Y”.  However, some fans and broadcasters have referred to him as “The Riot”.  Either way, “THE RIOT” is what I plan to call him from now on.

This is the true story about a turkey that terrorized a neighborhood and scratched up an innocent man’s brand new car.  This is the story of the turkey mobile.

When men are often accused of not listening to women, KP once retorted with the fact that women do the same thing.  To explain the concept, he didn’t use a sports-related story.  That simply would not get the point across.  Instead, he used a separate example by telling a farmer story strictly based on cows (add in custom details – milk, milking, whatever you wish).  In the end, two chickens were also mentioned – but only once.  After stopping to ask if THE WIFE had heard one thing he said, she responded with, “Yes, two chickens.”  Use this story at parties, friends.  It kills.

A term often used by men, when they are out with other guys.  Call it a term of endearment, if you will.  Instead of using the name of the significant other – it can be a girlfriend, a rumored girlfriend, or even an actual wife – this is a term frequently used by the male species.  It’s often more accepted than nicknames such as “the old lady” or “the boss”.  When featured on The Wife Hates Sports, it will almost always be in bolded and in ALL CAPS.