About The Wife Hates Sports

The Wife Hates Sports covers sports and fantasy sports, while also tip-toeing around in the comical and convoluted world of marriage and relationships – specifically with a WIFE that HATES sports.  It is owned and fully maintained by myself, Kevin Paul, a sportswriter that also holds down a full-time job in software.  I am also a full-time Dad, a part-time golfer, craft beer enthusiast and volunteer baseball coach.  Sports and creative writing have always been a passion of mine.

I have always enjoyed writing, but my sportswriting adventure officially began back in 2005 when I participated in the two “Next Great Sportswriter” contests held at FOXSports.com.  It landed me in a blogging community where I was able to work more on my craft and become friends with a lot of really great people.  KP’s Blog – which no longer exists at FOX Sports – allowed me the freedom to talk sports, find a creative voice and build an audience.  I also built long-lasting friendships with Chris Humpherys (a.k.a. Sports Chump), Lisa Horne and countless others.

2007: Creative Writing to Sportswriting and Back Again

My shtick has always been creativity and putting a unique spin on my work.  These angles are what led to legitimate opportunities, including being the first community blogger to make the FOX Sports home page.  Eventually, I signed a freelance contract with FOXSports.com, following in the footsteps of friends and fellow writers Lisa Horne and Ed Hardiman.

2008 and Forward: Accolades Along the Way (Including FOXSports.com)

Over the duration of my writing adventures, I have accomplished the following:

With the FOX Sports blogging community disbanded, a number of us went on to create our own sites.  For me, as always, I needed a unique idea that was different.

One day, on a road trip to Maryland, I was listening to Baltimore Orioles talk radio.  The WIFE – who was the fiancé at the time – jokingly said that I was lucky to even have the station on during the trip.  That’s when it hit me and I said, “My Wife Hates Sports” – that should be the site idea.

She agreed it was the right idea and a good one at that.  At the time, My Wife Hates Sports was blocked as an unused, but taken domain.  I instead bought The Wife Hates Sports, which in the end, was better as the more general term and jiving with husbands that often referred to their spouses as “the wife”.

The Wife Hates Sports was born.  Now, it was time to get to work.

Dedicated to those Armchair Quarterbacks whose Wife has the Remote

This was the first (of many) slogans I adopted for The Wife Hates Sports.  It focused a lot on the wife hating sports and meshed with a lot of pop culture and TV control (or lack thereof).

In the end, with the shift to streaming and less remote control time, this no longer made sense.  The concept was also way too broad.  The WIFE also began to appreciate some of the successes of the site and started providing less obvious material that fit the theme.

Everything was backfiring and a bit of a struggle.  But, at least we had some cool apparel.

You Drink the Kool-Aid, She Drinks the Haterade…

My next slogan for The Wife Hates Sports was “You Drink the Kool-Aid, She Drinks the Haterade, Let’s Call the Whole Thing a Blog”.  This was a spin of the famous song by Ella Fitzgerald and Louis Armstrong.

It fit the site and my overall creative personality, as well as my appreciation for music of that era.

During this time, we expanded on “The Thin Line” theme, with the “Why Man Loves” and “Why Wife Hates” sections.  There was also significant blogging and a buildup to the Wifetionary, the site’s custom dictionary of unique terms tied to wives that hate sports.

As the phrase goes, “there’s a thin line between love and hate”. 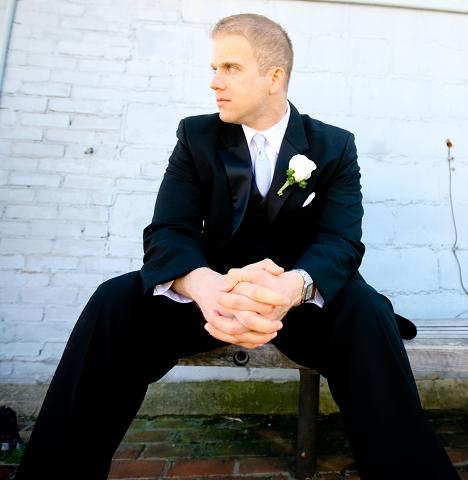 Kevin PaulCreator, Owner, Editor and Writer at The Wife Hates Sports
Kevin Paul has been writing about sports since 2005, including as a contracted writer for FOXSports.com, a National Featured Columnist for Bleacher Report and as a Columnist for Chicago Now (part of the Chicago Tribune network). He covers all sports and Fantasy sports, and has made numerous appearances on radio shows and podcasts.

If you have interest in collaborating with Kevin or The Wife Hates Sports, please connect either via social media or through the Contact link.

2017: A Creative Hiatus (and Neurosurgery)

Life throws curveballs at all of us in different ways.  For me, I spent nearly a year ill.  Worse, I had no idea what was wrong with me.  It was a very scary time.  This led to a hospitalization with pneumonia and eventually neurosurgery.

This is my story:

It is many months since I had neurosurgery.  Yes, as in brain surgery.  Few people say that and live to tell about it.  Few people also get motivated and more self-confident by such a life-changing event.  Yet, I did.

It is many months since I had neurosurgery.  Yes, as in brain surgery.  Few people say that and live to tell about it.  Few people also get motivated and more self-confident by such a life-changing event.  Yet, I did.

Sports, Marriage and Other Natural Disasters

In 2019, I shifted the site theme to “Sports, Marriage and Other Natural Disasters” and completed a full redesign.  It was meant to split out the sports analysis from the marriage and relationship posts.  In addition, the “other natural disasters” were all the themes over the course of the site’s lifespan.  Natural disasters also tie to my fascination of weather (I started college as a Meteorology major).  That, plus it was a creative spin to how the world often jokes about marriage and its challenges.

The backbone of The Wife Hates Sports is, well… sports. Maybe, just… don’t tell THE WIFE that.  Check out the TWHS Sports Section, featuring all major pro sports and unique coverage surrounding other areas such as golf, soccer and racing, too.

The unique spin to TWHS is the marriage side.  THE WIFE hates sports, it’s true.  The amusing spin to that life lives here.  In addition, TWHS covers other angles of marriage, from countless throw pillows to buying a house.

In 2020, I shifted the theme and slogan of the site, yet again.  I spent 2019 writing more and trying to rebuild my audience.  That has been met with challenges, but I continue to learn more and more.  From a writing standpoint, I found that Fantasy sports and DFS were often my highest and most consistent areas for traffic.

I had also been putting off diving into the video space and would do that no longer.  I have since built a YouTube channel and will focus on including video with my writing.

These discoveries led to my new theme.  It still ties in sports analysis (SPORTS), while adding in Fantasy and DFS coverage (FANTASY), as well as the WIFE HATES SPORTS angle (REALITY).

Again, this is my creative spin, with Fantasy vs. Reality – and more.  It is also a more simplified and targeted concept as compared to my previous themes.  With the free time I had, updating each section in the earlier themes were borderline impossible.

I feel good about the site’s new course and hope you will, too.

What the Future Holds

What does the future hold?  Who knows, but that’s what makes the future so fun, right?  I know that I love doing this and wish I had more time to consistently do it.  If a writing collaboration or opportunity came along, I’d certainly be open to it.  Hit me up if you want to be a part of the The Wife Hates Sports family in some way.  Either that, or if you want me to be included in one of your adventures.

One thing is certain – the WIFE will always HATE sports.  That’s the reality.

In the meantime, live life and stay creative.  Feel free to CONTACT me and THANK YOU for visiting!

Kevin PaulCreator, Owner, Editor and Writer at The Wife Hates Sports
Kevin Paul has been writing about sports since 2005, including as a contracted writer for FOXSports.com, a National Featured Columnist for Bleacher Report and as a Columnist for Chicago Now (part of the Chicago Tribune network). He covers all sports and Fantasy sports, and has made numerous appearances on radio shows and podcasts.

If you have interest in collaborating with Kevin or The Wife Hates Sports, please connect either via social media or through the Contact link.