Visitors to The Wife Hates Sports know that this is a sports site with a tendency to dabble in the entertainment world from time to time.  Take our Oscar predictions, for example.

Nothing symbolizes Hollywood more than the Oscars, which is why – like the previous five years – yours truly will go head-to-head against THE WIFE in hopes to achieve gender domination for one evening.  Here’s hoping this man reels in a sixth consecutive Oscar victory.

While very last minute, we have emerged from the snow and are keeping to tradition by posting our award predictions for the 2015 Oscars.

Believe it or not, THE WIFE developed a competitive edge and demanded that this happen.

Feel free to chime in with your own picks, thoughts and opinions.

KP’s Prediction: The Lego Movie (“Everything Is Awesome” – Music and Lyric by Shawn Patterson)

KP’s Take: “Grateful” sounds a lot like your typical winner in this category, but the film isn’t carrying much weight.  That instead comes from the powerful story of Selma and the popularity of The Lego Movie.  Something tells me the popular kid-friendly fill will “stack” above the rest.

KP’s Take: Desplat seems to get featured here every year and this time, he owns 40% of the nominees.  A score needs to help tell a story and provide a mood.  For me, that drives the category towards The Imitation Game and The Theory of Everything.  I’ll take Desplat, for the win.

KP’s Take: A number of critics see Inarritu walking away with the win for Birdman, but there’s something about a guy who not only manages to piece together a film over a 12-year span, but also finds a way to maintain a project of that magnitude.  That’s why I like Linklater for Boyhood. 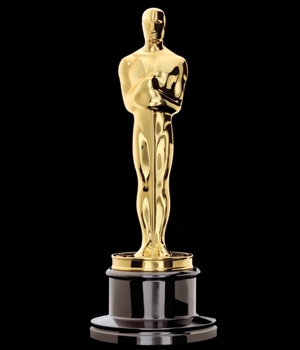 KP’s Take: The unique period pieces frequently win in this category, and as always, there are a few options.  The Grand Budapest Hotel fits the mold, from what I saw in the trailer.  Yes, while I’m a movie buff, I have yet to see very many of these films.

KP’s Take: I look to a film that comes close to the vibe of previous winners Gravity and Life of Pi.  The Grand Budapest Hotel and Birdman jump to the forefront and I think Robert Yeoman heads to the podium tonight.

KP’s Take: No Pixar film?  What’s a guy to do?  Head towards Disney, and the movie that has made some positive noise throughout the year, that being Big Hero 6.

Actress in a Supporting Role

KP’s Take: This looks like a pretty tight category, with no clear-cut favorite.  But, that pushes me to the actress that in order to get here, had to work more than a decade on her project.  Arquette takes it for her performance in Boyhood.

Actor in a Supporting Role

KP’s Take: When I first saw that J.K. Simmons was nominated, I could only think of his silly performances in Spiderman and for Farmers Insurance.  Then I watched the trailer for Whiplash, which instantly brought out the brilliant, ruthless and relentless character that he played.  That alone sold me.

Actress in a Leading Role

KP’s Take: Julianne Moore is a heavy favorite, playing a character with early-onset Alzheimer’s.  I honestly had no idea that she played such a character, and knew very little about Still Alice.  THE WIFE made the pick and I’ll think she’ll take this category.  I’m sticking with a major dark horse, going with Reese Witherspoon, and her strong performance in Wild.

Actor in a Leading Role

KP’s Prediction: Eddie Redmayne (The Theory of Everything)

The Wife’s Prediction: Michael Keaton (Birdman or (The Unexpected Virtue of Ignorance))

KP’s Take: Most critics think the category will come down to Redmayne and Keaton, which would be a shame for Bradley Cooper, who could have taken this during many other years.  Still, Redmayne is brilliant in his portrayal of Stephen Hawking.

The Wife’s Prediction: Birdman or (The Unexpected Virtue of Ignorance)

KP’s Take: There’s a popular phrase out there… “Less is more”.  For Boyhood, it’s a bit of a hybrid of that idea.  “Less” being a simple idea, but “more” being the amount of time taken to piece it together.  I find it incredible that in this day of social media, a film could be built over twelve years, with no one getting the word out – at least, not taking it viral.  That’s especially surprising for a film so heavily nominated.  Yet, you take a simple storyline, build it up and the cast of crew of Boyhood deserve to bring home best picture for such a creative idea.

The Wife’s Take: She likes Birdman because it won at the SAG awards.  Yet, she’s openly admitted that she has no interest in seeing it.  I, on the other hand, am very intrigued.  Maybe on Redbox someday.

Past Oscar predictions at The Wife Hates Sports