Kevin Harvick is your 2014 Sprint Cup Champion, after pushing forward at a feverish pace that vaulted him from 12th position to the title over the final fifteen laps at Homestead-Miami on November 16th.

It was the final race of the season, and an end that likely left NASCAR’s leadership ecstatic, considering the new Chase format that was flooded with so many question marks.

The Chase for the Sprint Cup finale opened on the 16th, with four drivers pushing towards one title, and ended with as little controversy as possible.

You can exhale now, NASCAR.

Of the four finalists, Harvick finished ahead of Ryan Newman, who was the runner-up at Homestead-Miami.  Joey Logano finished the race in 16th place, while Denny Hamlin was 7th.

Many critics see Harvick’s triumph as a victory for NASCAR and its new format, including Jimmie Johnson, who stated that a Ryan Newman win would have been “tough to swallow for the sport”.

In the end, how did the Homestead-Miami finale affect the final NASCAR Power Rankings of the season at The Wife Hates Sports?

No, no, that’s only following Chase races.

Harvick’s win did result in a huge ratings boost.  Still, it wasn’t enough to pass Joey Logano in the final ratings of the Sprint Cup season.

This brings a very interesting and exciting 2014 season to a close. 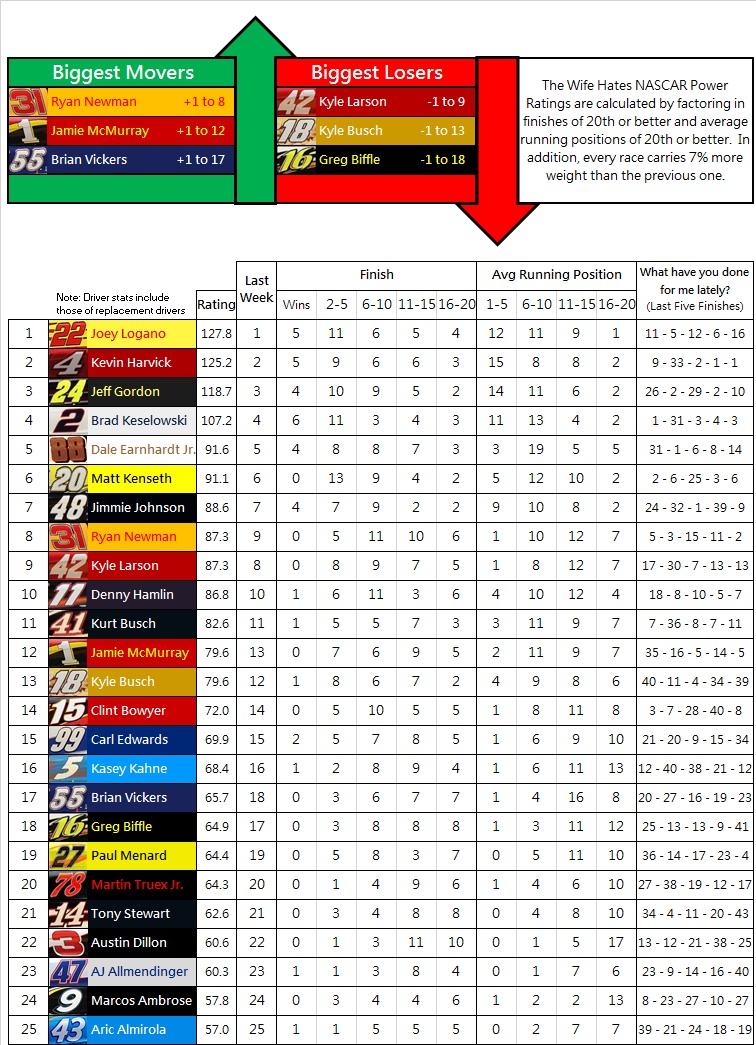 It was an exciting season!  On behalf of Bill Schneider – the creator of these rankings – I am Kevin Paul (the creator, writer and editor of The Wife Hates Sports), and we’d like to thank you for visiting these rankings.  We look forward to doing this again next year, and hope you do, too!