It’s a rarity when a victory by Dale Earnhardt Jr. gets completely overshadowed by a different headline, yet, that’s exactly what happened over the weekend at what turned out to be a dramatic and rain-soaked Coke Zero 400.

As the Daytona race neared its end, the story quickly shifted to the nastiest wreck of the 2015 Sprint Cup season, when Austin Dillon’s car was launched into the catch fence.

Surprisingly, no one was seriously injured, even after debris went into the stands and Dillon’s car was shredded like a block of cheese.

As for the race itself, it was another big victory for Dale Earnhardt Jr., his second win of the season.

As a result, Junior vaulted up three spots in the latest NASCAR Power Rankings at The Wife Hates Sports, moving from fifth place to second.

Kevin Harvick had another strong showing, finishing fourth at Daytona, and maintains a large lead in the latest rankings.

Jimmie Johnson was the Coke Zero 400 runner-up and joins Junior in moving up three spots (from sixth to third).

Martin Truex Jr. had another rough go and is the week’s biggest loser, falling three spots to fifth place.  Joey Logano also lost ground and is out of this week’s top five. 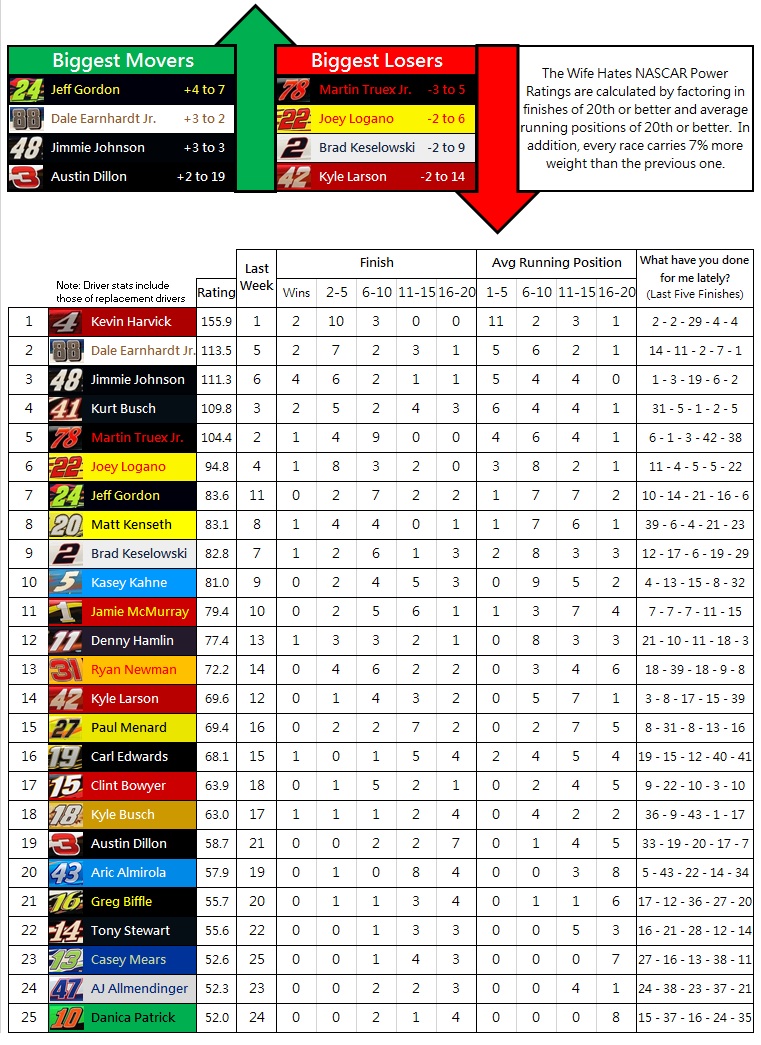