Jeff Gordon landed in Victory Lane for the fourth time this season, taking the checkered flag at the AAA 400.  It was Gordon’s first victory at Dover International Speedway since 2001.

Gordon joins Joey Logano and Brad Keselowski as the only three drivers to have at least four victories this season.  Keselowski leads the way with five.

Taking the third race in the Chase for the Sprint Cup Championship, Gordon also earns an automatic berth in the next round, joining previous winners Brad Keselowski and Joey Logano.

Under the new NASCAR rules, four drivers are also eliminated from the Chase after every third race.  With three in the books, Kurt Busch, AJ Allmendinger, Aric Almirola and Greg Biffle all were eliminated from championship contention.

As a result, the victory resulted in little gain for Gordon in the latest NASCAR Power Rankings at The Wife Hates Sports.

The Chase for the Sprint Cup now moves on to Kansas and the first race in the Contender Round.

NEXT UP: Hollywood Casino 400 at Kansas Speedway on October 5th at 2pm ET 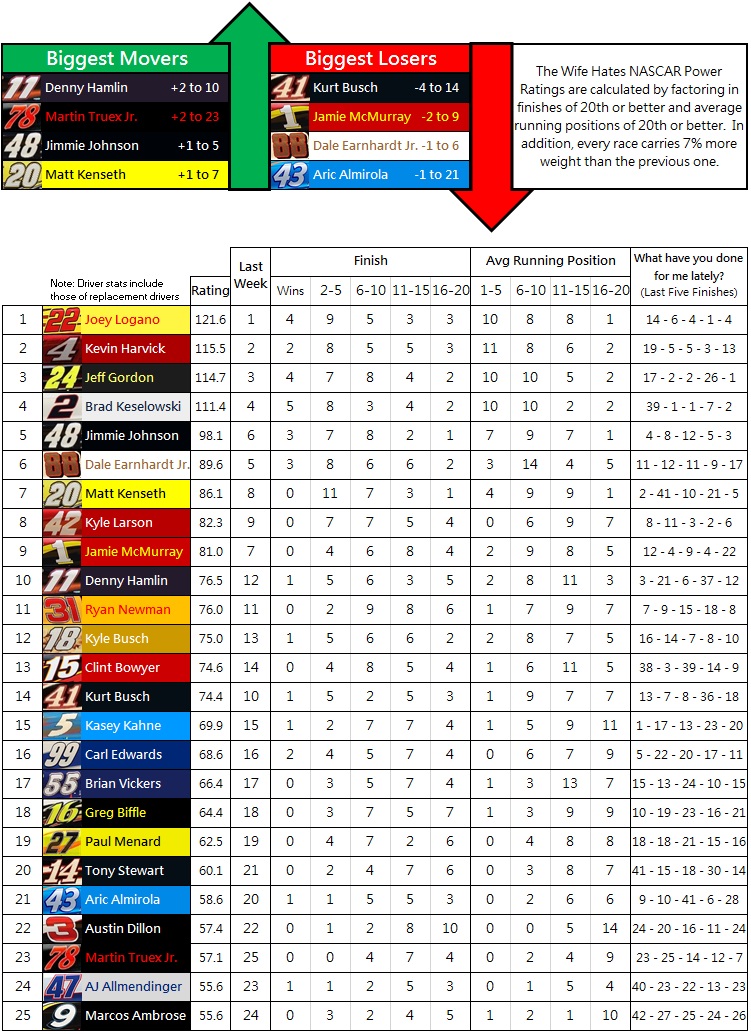