Wifetionary Addition: Perfecting the Art of ‘Piggybacking’ Off A Girls Night

Do you have a friend that has had his man card revoked not once, but on numerous occasions?  Chances are, you have more than one buddy like that.

Let’s face it, quite often, THE WIFE runs the show in the household, controlling the calendar, the plans and she will often get a “girls night” more than you will get a night away with beers and buds.

But here’s the thing, there are ways to go ahead and give her those nights, all the while being able to get some of your own.  At The Wife Hates Sports, it will simply be known as the art of “piggybacking”.

Perfecting it will be the challenge.

When THE WIFE is in the picture, as everyone knows, your social circles begin to overlap and mesh into one group, with certain parties on either side being the insiders more than others.

OK, so THE WIFE is going out AGAIN. Don’t sweat it, there are ways that you can be yelling “Three cheers for beers!” by the end of the night, too.

It’s simple – pick and choose your boys that you not only enjoy to spend time with, but also are the ones that can get out regularly enough.  Then, find ways to arrange the events to piggyback off of.  Take the following examples and pointers:

The Art of Piggybacking

Do a few extra chores.  Notice the stress on her face and encourage her to go out and take a night away.  Just make sure it’s with the wives of your buds. 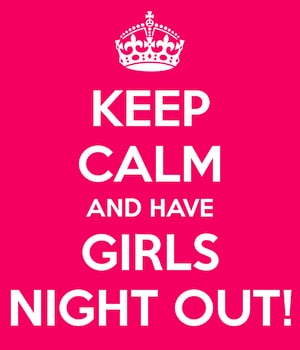 Take note of the friends that she hasn’t seen in a while.  It shouldn’t be hard, considering the social network you are intertwined in.  If you haven’t seen “Good Buddy X” in a while, it’s a good bet that she also hasn’t hung out with “Gal Pal Y”, either.

STRATEGIZE AND PLAN AHEAD

The key is keeping a close eye on the calendar early.  Guys, if you want to get out and watch the Final Four, The Masters, or the NBA Finals, you need to find ways for her to have her plans in the same window.

When THE WIFE has given you notice of a potential girls night, incorporate your buddies, so that they can plan accordingly, especially those that have kids (and may need to get a sitter).

BUTTER HER UP PART II

Compliment her whenever you can, but mean it and give it straight from the heart.  For example, “Hey, that Kate Upton, she sure has got nothin’ on you, honey”, is likely a line that will not work, especially if you’re drooling over the SI swimsuit issue at the time. 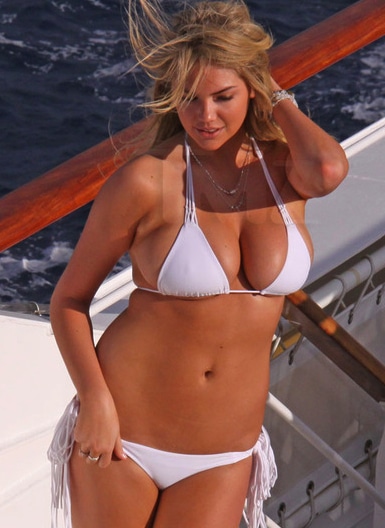 If you want a guys night out, you may want to leave Kate Upton out of the conversation. Still, that doesn’t mean that I don’t have to include her…

THE GUYS NIGHT IN

Don’t overlook the “Guys Night In”.  Even with them getting a night away from you, it may be easier – and still just as fun – to order a few pizzas, buy a case of beer and watch a game on your big screen TV.  You can rant, rave and throw obscenities at each other (or your favorite team) as much as you want, all without the cold, icy stare.

The next time one of her shows is on, let her watch it and DVR your game.  That sort of generous and sweet bargaining will sit with her the next time her plans are on.  She will likely encourage you to get together with some pals, too.  The good word travels quicker, which could mean planning a guys night would be a walk in the park.

Getting a night away is healthy for your relationship.  It’s not a knock on how you feel about each other, and fortunately, THE WIFE and I are personally in a solid position of compromise.

But if you’re not, perhaps you can perfect the art of “piggybacking” – in whichever way you can – so that she can get a night away from sports.

After all, absence makes the heart grow fonder.  You’ll appreciate each other more the next day, sharing a moment or some fun and amusing stories from the night before.

The official definition, to be added to THE WIFETIONARY:

Piggybacking – The art in which the male species anticipates a future GIRLS NIGHT out, then formulates a plan with his circle of friends, to ensure that the significant others of THE WIFE’S friends are able to get out and participate in a GUYS NIGHT on the same day.