Skip to content
Home|PGA, Reality, Sports, The Wife|Lovely, Just Lovely – Tiger Woods Set to Play in The Masters
Previous Next

It looks like we’ll be seeing Tiger in Augusta come April.  Ugh!  I’m honestly disappointed. The man is worth a gazillion dollars, so he most certainly does not need the money.

Rumor has it he’s “100% focused on his family and rebuilding a relationship with his wife”.  Hmm. Well, if that really were true, wouldn’t you think he’d actually make that his priority?  Why put yourself back in the spotlight of a major televised event so soon? 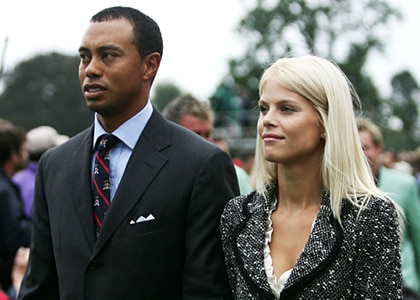 I’ll tell you why.  He’s greedy, selfish and too worried about his image.  A few months of therapy and a staged public apology aren’t going to cut it just yet.  While I am somewhat intrigued to see how the fans and fellow golfers will react to his presence, I’m sure that too will be contrived.  I can only imagine the rules and regulations Tiger’s ‘handlers’ will enforce.

So the next question is, do we think Elin will also be in Augusta supporting her cheating husband?  Personally, I hope she chooses to stay home.  He should be so lucky if she even watches on TV.

Other semi-sports-related stuff that involves THE WIFE…

Posts where the WIFE is the actual author are rarities around these parts.  I mean, the wife hates sports, right?  With that said, here are a few other posts similar to this one that I felt you would enjoy.

About the Author: The Wife