If there’s something strange in your Midwest Region,
Who you gonna call? BRACKET BUSTERS!

If there’s something weird in Carolina’s hood.
Who you gonna call? BRACKET BUSTERS!

If you’re seeing things that kill your bracket dead 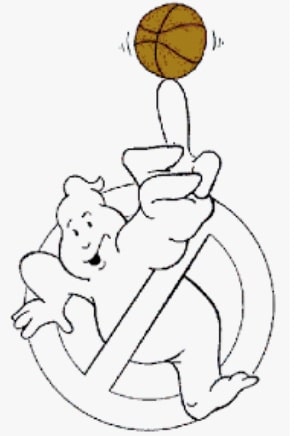 Who can you call? BRACKET BUSTERS!

A seven foot man dunking on your head
Oh, who you gonna call? BRACKET BUSTERS!

If your Final Four’s gone, pick up the phone
And call… BRACKET BUSTERS!

Who you gonna call? BRACKET BUSTERS!

If you’ve had a dose, and your Champ is toast
You’d better call… BRACKET BUSTERS!

Let me tell you something
Bustin’ makes me feel good

Don’t get caught in one-on-one, oh
When it comes through the paint
Unless you just want free throws
I think you better call…

WHO WE GONNA CALL?

By now, many of you have already filled out a bracket, and therefore have your own Cinderellas in place. Let’s compare, shall we? I present you with my list of “Bracket Busters”, including a six pack of teams that I think can “exceed their seed”, potentially resulting in a lot of crumbled brackets in the very near future.

There’s a little term out there called momentum, and that’s what the Bulldogs have after winning six straight (including four by nine points or more), plus earning a tournament bid by winning the SEC conference tournament. Forget the little things, what about a big man by the name of Jarvis Varnado? Varnado leads the team in scoring, while adding nine boards a game and rivaling Uconn’s Hasheem Thabeet as the best blocker in the nation. And oh yeah, the Bulldogs are among the country’s best in field goal percentage defense, while also draining an average of eight or more triples a game. In my eyes, it all adds up to a shocking first round upset of the Washington Huskies.

Everyone is high on Florida State, and why not, they’ve had a great year, one that’s been quite a surprise to many. But hear this about FSU: Its a scrappy defensive team that has one star scorer, Toney Douglas, who averages over 21 points a game. Besides Douglas, no one other Seminole player averages in double figures.

Enter the Badgers, a defensive minded team led by head coach Bo Ryan. This is a team with some veteran leadership and March Madness experience. Ignore the six-game losing streak earlier in the season.  None of those losses were by double digits, three were by three points, and two others went to overtime. All in all, Wisconsin has the defensive ability to shut down Douglas and force others to beat them. And that’s why I have Wisconsin not only upsetting FSU, but also moving on to shock Xavier and make the Sweet 16.

Arizona may be the team that every critic says should not have made this year’s dance, but now that the Wildcats are here, all that talk is simply just fuel to motivate the players – a group that includes a few future NBA talents, including Jordan Hill (18.5 PPG and 11 RPG), Chase Budinger (17.9 PPG and 6.3 RPG), and Nic Wise (15.1 PPG and 4.6 APG).

Sure, Utah has some balance, featuring four players who average in double figures, led by giant center Luke Nevill.  But there’s just something about being rejuvenated with a madness invite, and even though the Wildcats dropped five of six to end the year, they have enough talent to turn on their game at any time – and that time is now with a 12-5 upset of the Utes.

VCU has been here before, and so has senior Eric Maynor, who hit the game winning shot that sank Duke in the tournament a few seasons ago. Returning to the tournament again, Maynor is among the nation’s highest scorers, averaging 22.4 a game, while also dishing the rock for over six assists per game. The Rams also have Larry Sanders, the talented forward who averages over 11 points and eight boards a game.

Enter UCLA, a team that in recent years lives in the Final Four. But this year, the Bruins have been inconsistent. Sure, Ben Howland still has a talented bunch that plays solid defense, but VCU found a way against a Duke team that always plays sound defense. And that’s why I see another “Maynor Miracle”, putting a dramatic end to UCLA’s impressive tournament streak.

How is it that this Clemson team can start out at such a blistering pace each year, only to fade down the stretch every single time? The Tigers finished out by losing four of five, dropping their seed down to the seven slot. But this team can play, and blowout victories over tournament teams such as Duke and Maryland prove it. The question is, which Tiger team will show up when the madness begins? The Jekyll or the Hyde? One thing’s for certain, the talented trio of Trevor Booker, K.C. Rivers, and Terrence Oglesby can beat anyone on a given day.

And in the first round, Clemson and Michigan should put up a fireworks display, as both are solid three-point shooting teams. With Oklahoma reeling ever since Blake Griffin left with a concussion, anything is possible. Sure, Griffin is likely the top pick in upcoming draft, but the supporting cast has been iffy in recent weeks, and OU has been losing with Griffin in the lineup, too. Maybe it’s fatigue, who knows, but this isn’t the same Sooners team from weeks ago, and that’s why I have a talented Clemson team catching fire and knocking out the Sooners in the second round.

People should recall that this Wake team was once #1 in the country, and has impressive victories over Duke, Boston College (twice) Clemson (twice), BYU, Florida State, and North Carolina. They loosely remind me of a championship Syracuse team from a few years back, mostly from the perspective that they are a young and talented group that came in slightly under the radar, just below the top tier of teams. With the ‘Cuse, it was Carmelo Anthony, Hakim Warrick, and Gerry McNamara. On this young Wake team, it’s Jeff Teague, James Johnson, and Al-Farouq Aminu.

Do I have the Demon Deacons winning the title? Nope… but I do have them upsetting Louisville to advance to the Elite 8. Don’t think it’s possible? Look at Wake, a team that’s among the best in the nation in rebound margin, a.k.a. second chances. Now look at Louisville, a very talented team, but one who shoots poorly from the line (around 64%), while also having some significant lapses during the season, including a 33-point loss to Notre Dame and a 14-point loss to Western Kentucky. After ten straight wins, they could be due to fall soon, and Wake has the talent to knock them out if they can catch the Cardinals on the right day.

Who are your Cinderellas for 2009?

Don’t forget… if you need ’em, the Bracket Busters are just a phone call away.

* This is similar to KP’s post of the same title from last season, where he was able (or lucky) to predict over 2/3 of his upsets correctly.

Thank you for visiting The Wife Hates Sports!