Skip to content
Home|Sports|T.O. to the Bills Happened for One Reason: Money

T.O. to the Bills Happened for One Reason: Money

Controversial star Terrell Owens has found a home much sooner than many likely would have anticipated.

T.O. is going to be playing in the AFC East.  Owens won’t be playing for Bill Parcells and he also won’t be running routes with Randy Moss in New England.

Terrell Owens has instead signed a one-year deal with the Buffalo Bills at a reported $6.5 million.

Analyze this move in any way that you wish. Perhaps Buffalo wants a big time receiving target, and one that can put up numbers like Andre Reed did during Buffalo’s Super Bowl days. Maybe a hot 2008 start (that led to a late collapse) was why the Bills felt they had to do something.  Perhaps having Owens as a receiving weapon will open up the run game, leading to a more potent and balanced offensive attack.

After all, the Buffalo offense hasn’t been an attack in recent years, but more of a gentle 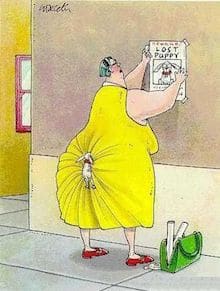 The truth of the matter is this: The Buffalo Bills signed Terrell Owens for one reason and one reason alone… MONEY.

Greenbacks, cash, dollars, bucks… and most ironic of all… BILLS.

As dramatic as T.O. is, there’s one thing that he does, and that’s put butts in the seats, fans in front of the TV, and media members busting down the doors of wherever he is – in this case Ralph Wilson Stadium.

Plain and simple, the media follows Owens like a little lost puppy.

And when was the last time we really saw a media circus in Buffalo?  It’s been a while.  So while the fan base still has a deep-rooted love for its team, the Buffalo Bills just haven’t been interesting for years.

In a matter of minutes, the Buffalo Bills go from “watching paint dry” to a blockbuster movie.  Finally, the Bills are interesting again – and with interest comes a spike in value.

T.O. to the Bills Happened for One Reason: Money

Look at the facts. In a September 2008 article on Forbes.com that discussed NFL team valuations, the Buffalo Bills were ranked 27th in the league.  In fact, compare the Bills team value of $885 million to that of the Dallas Cowboys ($1.6 billion).

The piece goes on to discuss how Bills owner Ralph Wilson Jr. has been “crying poverty for years and has stated that the team will be sold after he dies”.

In fact, many will recall that the Bills held a home game in Toronto last season, looking for another way to gain more fans and make more money. Going forward, the Bills will play seven more games in Toronto, making that eight total over a five-year span. So far, the Canadians have flocked to sneak a peak at American football, and Forbes stated that “demand for the pricey tickets has been strong and the Bills will make more money than had the games been played in Ralph Wilson Stadium”.

Even with the recent success in Toronto, it’s quite likely that in the recent economy, Ralph Wilson Jr. felt his pockets shrink, his checkbook disintegrate, and his favorite pen run out of ink. So, it isn’t difficult to imagine this Buffalo franchise looking for other clever ways to make a buck.

Getting Back to T.O.

Enter Owens, recently released by the Cowboys. As a one-year deal (and a fairly cheap one at that), T.O. is actually a low-risk, high reward sign. Seriously, he is. Think about it. While Owens eventually ends up as a clubhouse cancer, year one with his new team is usually borderline smooth sailing, because T.O. is eager to prove his former team wrong – and his critics too.

Kudos to Ralph Wilson Jr. for making this move. He brings in a player who could not only earn his franchise some extra cash, but also potentially enter Buffalo back into the playoff picture.

Love Owens or hate him – and it’s likely that most lean towards the latter – he makes a team relevant and newsworthy.

Fork out some “BILLS” and “getcha popcorn ready”, the Buffalo Bills are about to be interesting again.

Thank you for reading and supporting The Wife Hates Sports