Skip to content
Home|Sports|Throwing Tomatoes: Texas, Florida and the Disappointments from Week 1 of College Football

Throwing Tomatoes: Texas, Florida and the Disappointments from Week 1 of College Football

The triumphant return of College Football was supposed to be a refreshing distraction for those impacted by the tragic events of Hurricane Harvey.

Countless people went through (and are still going through) hell in the state of Texas.  The same fears are growing in Florida and the Southeast with the steady approach of Hurricane Irma.

While sports can’t heal all wounds, football was something that could bring a smile to somber faces.

Then the season started and the big schools in the Lone Star and Sunshine States, well… let’s just recap Week 1 of College Football with some tomatoes, shall we?

In a wild opening that spanned many days (ending late Monday night with Tennessee-Georgia Tech), which headlines were the most painful to deal with in College Football?  It’s not easy to narrow that list down, but here’s an attempt with some social media delivered snark intertwined:

As the sports world turns, the stories pile up and more fan frustration emerges.  But don’t fret, The Wife Hates Sports has them all covered – in lycopene, that is.

Tom Herman was the flashy hire of the College Football offseason, creating an excitement and anticipation that fit into a well-packaged and Texas-sized pre-season ranking.  All that hype quickly dissipated at the hands of the Maryland Terrapins, a 6-7 team (in 2016) that returned just six starters on offense, yet put up 51 points against the Longhorns.  If this is a sign of things to come, then Herman and Co. will have their hands full, facing offenses like USC, Oklahoma and Oklahoma State (all prior to Halloween).

…for topping the Longhorns in “hold my beer” fashion

The Aggies – with a 38-10 on UCLA at the half – allowed four fourth quarter touchdowns to the Bruins,  imploding in front of a national audience that had mostly switched over to the wildly entertaining West Virginia – Virginia Tech game.  The loss erased a masterful performance on the ground and opened the floodgates on what was already shaky ground for head coach Kevin Sumlin.  Oh, and what’s worse, there’s controversy surrounding the touchdown that did A&M in.  How could there be no review?

UCLA’s game-winning touchdown catch might have been incomplete. And it definitely should have been reviewed. https://t.co/zkeVc5SE7Y pic.twitter.com/GFy8xvIPqE 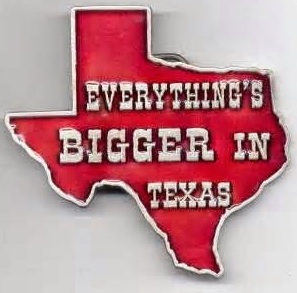 College Football: Everything is bigger in Texas? Maybe not the defenses.

Let’s face it, football expectations were low in Waco.  Matt Rhule and his staff have a lot to repair in a lot more important areas.  But falling to the Liberty Flames in the opener?  Stephen Calvert, Liberty’s QB, threw for 447 yards and 3 TD’s in the game, while being sacked just one time.

…for nearly sleepwalking into the loss column

The Panthers led Youngstown State 21-0 at the half and needed OT to get into the win column.  That’s hardly the way to prepare for a second game against in-state rival Penn State, which is looking for revenge from last year’s loss that almost assuredly kept the Nittany Lions out of the College Football Playoff.  Perhaps Pitt was looking ahead, but we’ll never know that because the school refuses to expose them to the media.  Not that they would admit it, anyway.

…for failing to build off last year’s late season momentum

Last year’s Oregon State team (4-8) ended the season with wins over Arizona and Oregon, a solid finish to a disappointing season.  The 2017 Beavers returned 15 starters and had high hopes of reaching a bowl game.  While that could still be in the cards, the defense will need to drastically improve, considering a 58-27 loss to Colorado State and narrow 35-32 win over Portland State.

Was there more trash talk or more suspensions for the Gators?  Either way, credit Michigan, who shut down Florida and silenced critics stating that the younger Wolverines were inexperienced.  Now, we are left to wonder how good this Florida team really is, especially on offense.  Will anyone emerge as the clear starter at quarterback?  With just 154 yards of total offense (and only 11 on the ground), there’s only way to go – and that’s up.

Charlie Strong and the 2017 Bulls came with a lot of hype – and while USF is 2-0, unimpressive wins over San Jose State and Stony Brook leave us to believe that this team has a long way to go.  The schedule is very forgiving, but the on-field performance will have to improve if these Bulls want to run the table.

…for landing in the hometown record books

Leave it to the hometown Rebels to land on the wrong side of the Vegas books.  If you hadn’t heard, Cam Newton’s little brother – the starting quarterback for the Howard Bison – led his team to a shocking 43-40 victory over UNLV.  More importantly (and more notable):

…for having more lives than a cat

The way these Vols win games is indescribable.  Imagine giving up 535 rushing yards and still finding a way to win the game?  But even after all that, most people are talking about the sideline trash can.  Being a Tennessee fan, Lisa Horne put it best on her Twitter account during the game the other night:

If I owned a liquor store in Knoxville I would have been able to retire by now. Vol football not for the faint of heart.

This has been Throwing Tomatoes, where no one will ask Florida’s offense to deliver the red fruit.