Brad Keselowski led 75 of 267 laps at the Quaker State 400, winning for the second straight week and notching his fourth victory of the NASCAR Sprint Cup Series season.

With a season-high fourth trip to Victory Lane, Keselowski moves up to second place in the latest NASCAR Power Rankings at The Wife Hates Sports.

Kevin Harvick (9th at Kentucky) remains ahead of the pack, leading Keselowski by just two ratings points.  Kurt Busch moves up one spot to third place, followed by Carl Edwards in fourth and Kyle Busch in fifth.

Matt Kenseth is the biggest mover of the week, jumping three spots and returning to the top ten.  Jamie McMurray and Greg Biffle also had strong weeks, also jumping up three slots.

On the other side, Joey Logano falls four spots in the latest poll and is the biggest loser of the week.  Ricky Stenhouse Jr. also had a rough go, dropping three spots.

Next week, the NASCAR field heads to New Hampshire.

Brad Keselowski leads the field at the Quaker State 400 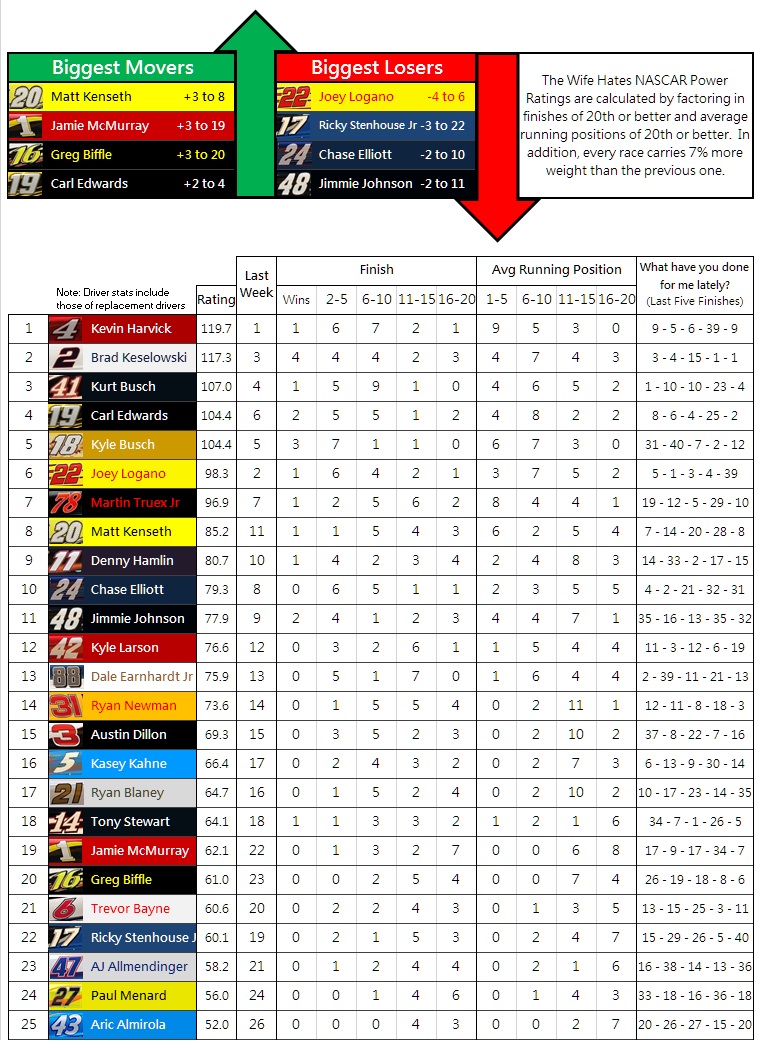