Brad Keselowski led 115 of 161 laps at the Coke Zero 400 over the weekend, taking the checkered flag and notching his first career victory at Daytona.

Keselowski joins Kyle Busch as the second driver with three wins this season.

With the win by Keselowski and a 39th place finish by Kevin Harvick, a three-man race has emerged in the latest edition of NASCAR Power Rankings at The Wife Hates Sports.

Harvick remains in first place, but his large lead has vanished.  Joey Logano is just five ratings points back of the lead, edging Brad Keselowski out for second by the slimmest of margins.

Meanwhile, the Busch brothers complete this week’s top five, with Kurt in fourth position and Kyle in fifth.

Elsewhere, Carl Edwards and Jamie McMurray are the biggest losers of the week, each dropping three spots in the latest poll.

Next week, the NASCAR field heads to Kentucky for the Quaker State 400.

Next Up: Quaker State 400 Presented by Advance Auto Parts at Kentucky Speedway on Saturday July 9th at 7:30pm ET 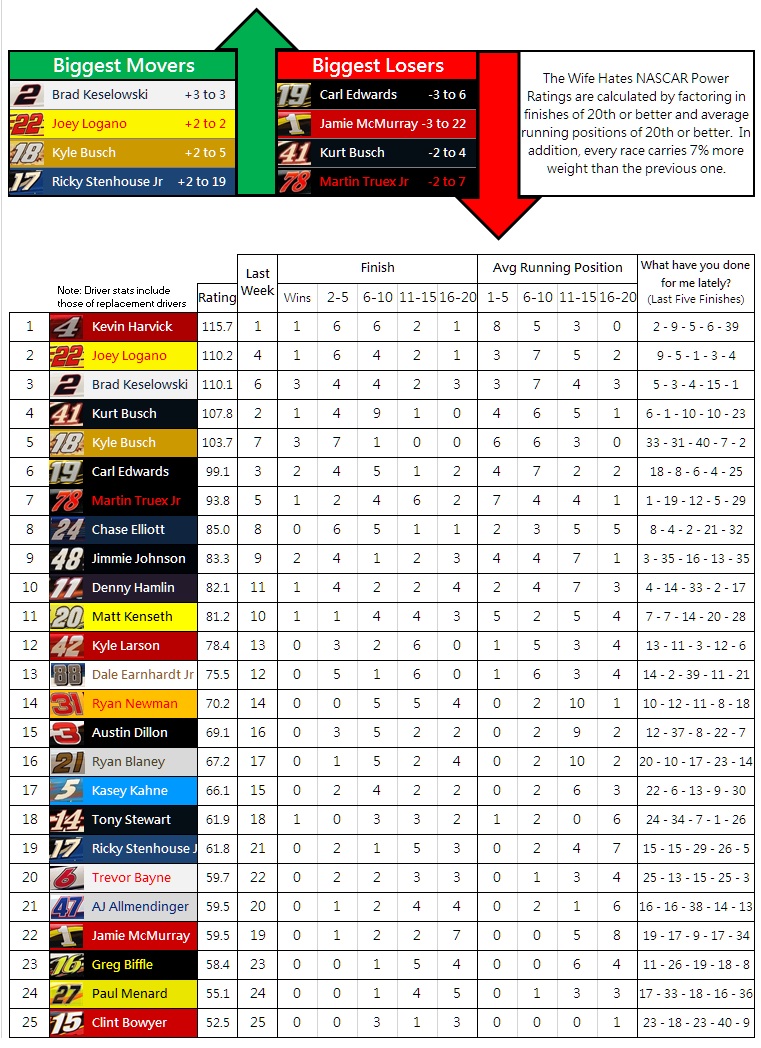