Martin Truex Jr. posted the most dominant victory of the 2016 NASCAR Sprint Cup season, leading 392 of 400 laps at Charlotte and taking the checkered flag for the first time this season.  The impressive victory by Truex Jr. was enough to boost the #78 car to fourth place in the latest NASCAR Power Rankings at The Wife Hates Sports.

But Truex’s win was much more than the most dominating performance of the year, but also a record-breaking one for NASCAR.

Elsewhere at the Coca-Cola 600, Kevin Harvick was the runner-up for the second time in three weeks.  Jimmie Johnson finished third and led the second most laps on the day (a whopping five).  Denny Hamlin was fourth and Brad Keselowski finished fifth.

Jimmie Johnson is the biggest mover of the week, jumping three spots and into 5th place overall.  Kyle Larson and Greg Biffle each also jumped three spots in the latest poll.

On the flip side, Carl Edwards is the biggest loser of the week, falling three spots to 7th place.  Matt Kenseth, Ryan Blaney and Kasey Kahne also had rough weeks, dropping two slots in the rankings.

Next week, the NASCAR field heads to Pocono for the Axalta ‘We Paint Winners’ 400. 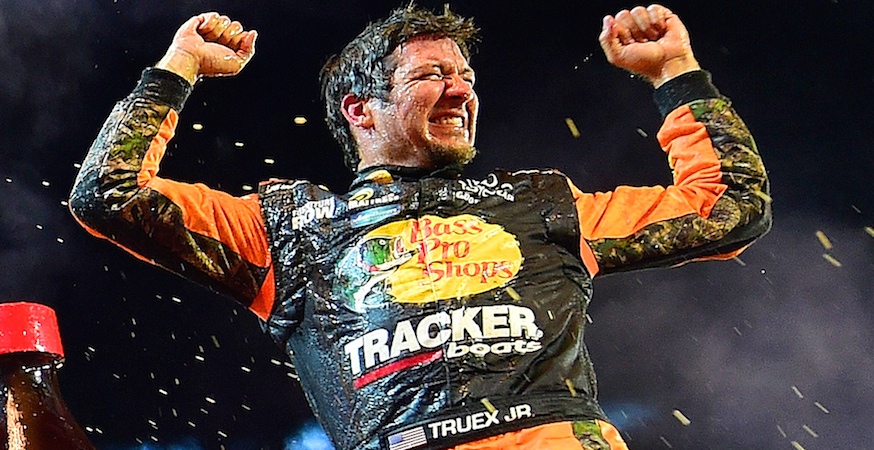 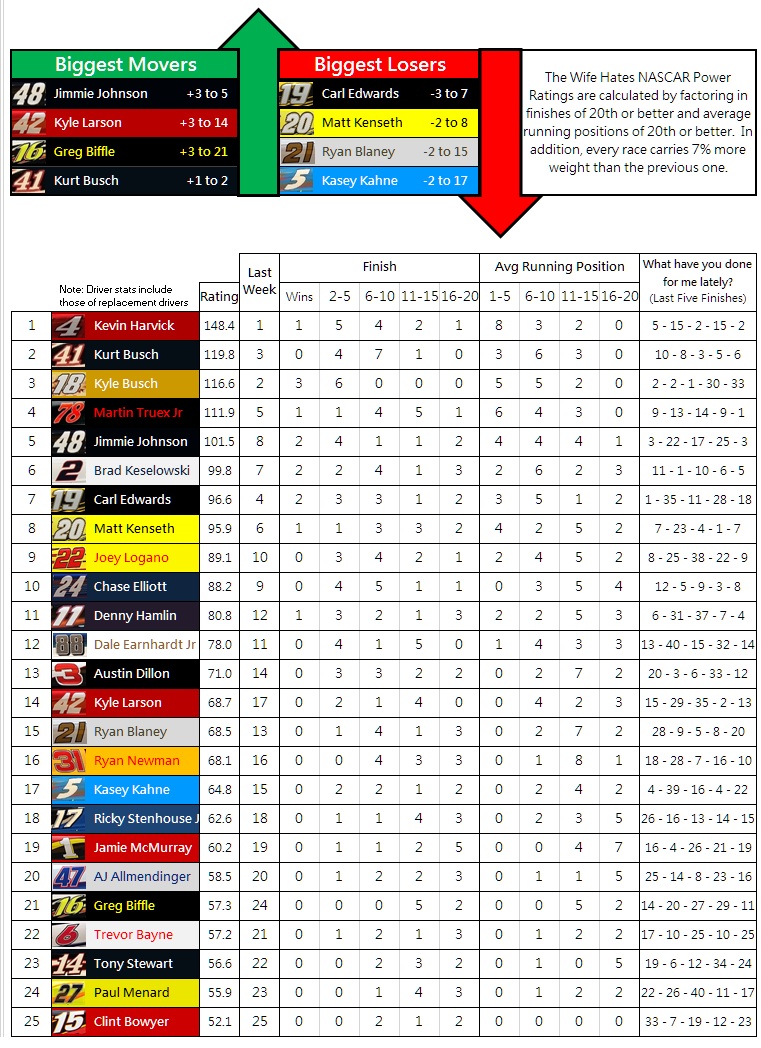