Kyle Busch took the checkered flag for the third time this season, winning at Kansas and continuing what has been a very strong opening few months to his 2016 NASCAR Sprint Cup season.

On the flip side, Jamie McMurray is the biggest loser of the week, falling three spots to 17th place.  Joey Logano, Trevor Bayne and Dale Earnhardt Jr. also had rough weeks, dropping two slots in the rankings.

Next week, the NASCAR Sprint Cup season heads to Dover for the AAA 400 Drive for Autism.

Next Up: AAA 400 Drive for Autism at Dover International Speedway on Sunday May 15th at 1:00pm ET 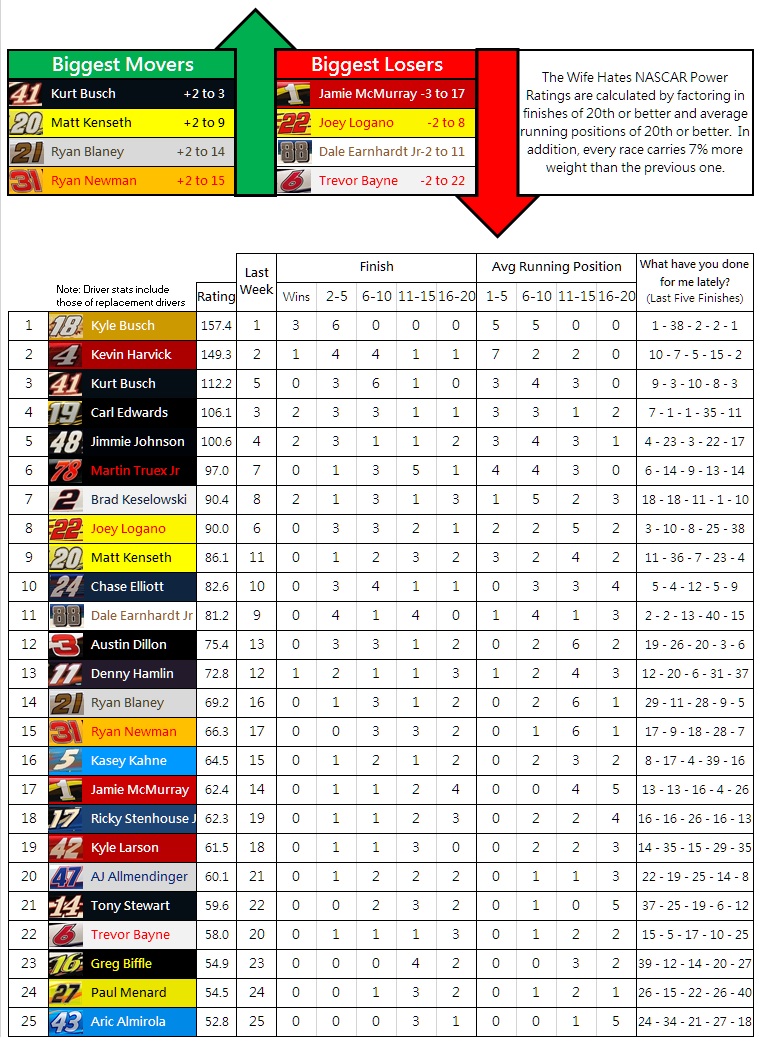