There was at least one person doing backflips over the holiday weekend – and that was Carl Edwards, who performed his signature move after taking the checkered flag at Darlington on Sunday night.  The win was Edwards’ second of the Sprint Cup season and his fifth straight finish in the top ten.

In the latest edition of NASCAR Power Rankings at The Wife Hates Sports, Edwards finds himself in tenth place, a position that likely won’t garner any additional signature moves.  Still, it has been a solid stretch for Edwards and the #19 team.

While Edwards completes backflips, Kevin Harvick continues to push forward.  Harvick led 44 laps at Darlington and finished in fifth place, further solidifying his inflated lead in the latest rankings.  Joey Logano (4th at Darlington) remains in second place and Brad Keselowski (runner-up over the weekend) is still in third.  Kurt Busch and Dale Earnhardt Jr. round out this week’s top five.

The NASCAR Power Rankings return in a week, following the race in Richmond.

Next Up: Federated Auto Parts 400 at Richmond International Speedway on Saturday September 12th at 7:30pm ET 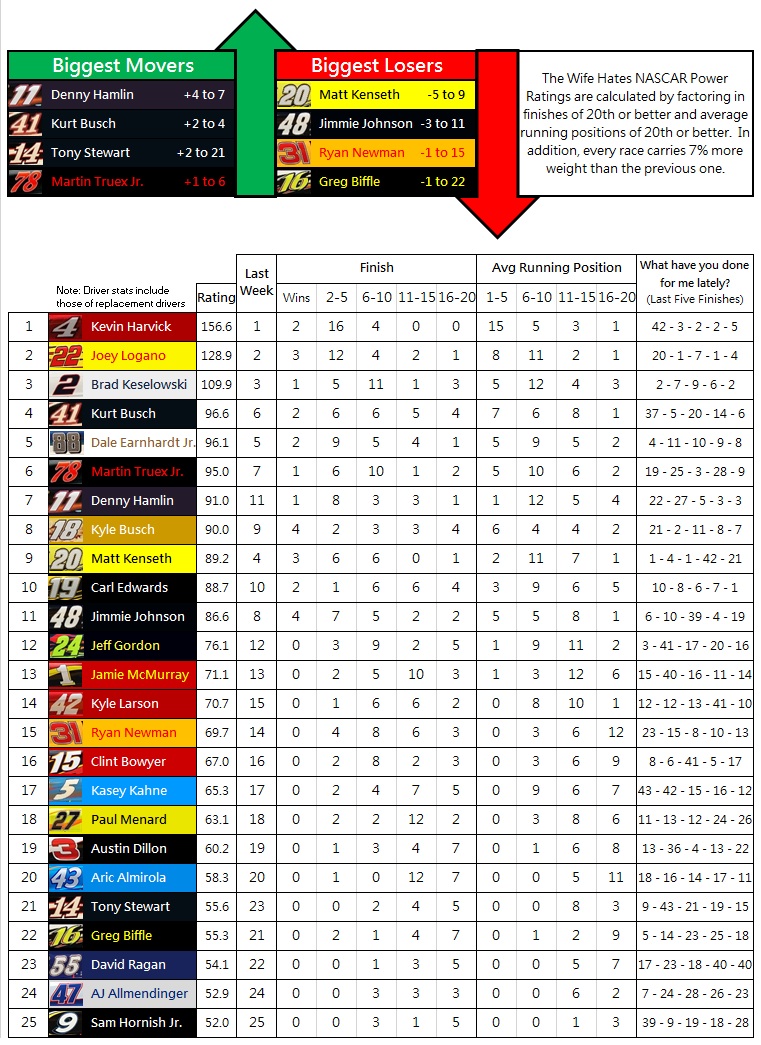