Skip to content
Home|Sports|NASCAR Power Rankings: Harvick Miles Ahead of the Field

NASCAR Power Rankings: Harvick Miles Ahead of the Field

Kevin Harvick, despite a race-high 154 laps led at Martinsville, finished in eighth place over the weekend, posting his first non-top five of the young season and his first finish outside of the top two.  But did the finish impact his lead in the NASCAR Power Rankings?

Harvick and Joey Logano combined to lead 262 of the 500 laps at the STP 500.  But it was Denny Hamlin that took the checkered flag, his fifth overall victory at Martinsville.

The win moved Hamlin up three spots (from 10th to 7th) in the latest edition of NASCAR Power Rankings at The Wife Hates Sports.

Harvick, meanwhile, continues the dominate the field, opening up a 100-plus point ratings lead over Joey Logano, who has a firm hold on second place.

Next Up: Duck Commander 500 at Texas Motor Speedway on April 11th at 730pm ET 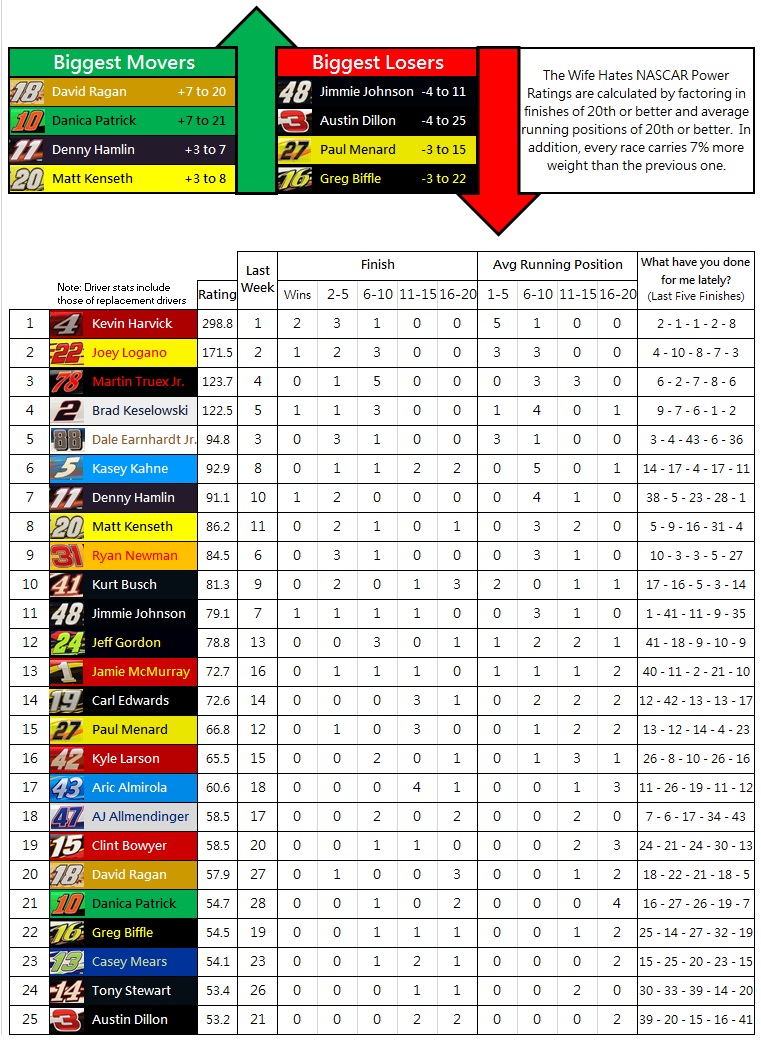