Skip to content
Home|Sports|NASCAR Power Rankings: Where Do the Four Championship Contenders Fall?

NASCAR Power Rankings: Where Do the Four Championship Contenders Fall?

It comes down to this: ONE race, FOUR drivers and ONE title.

Kevin Harvick posted a dominating performance at Phoenix International Raceway over the weekend.  He led 264 of the 312 laps, eventually making his way to Victory Lane and punching his ticket to the Championship Round.

The win was a necessity for Harvick, and one that led to the elimination of Jeff Gordon and Brad Keselowski, two of the most dominant drivers during the season.

Harvick joins Denny Hamlin, Joey Logano and Ryan Newman as the four drivers who will contend for the championship next weekend.

In the latest NASCAR Power Rankings at The Wife Hates Sports, the question of the week is: “Where do the four championship contenders fall?”

Joey Logano remains in first place, where he has been for weeks.  His sixth-place finish in Phoenix was yet another solid performance, and many will consider him the favorite next weekend.

Kevin Harvick remains in second place this week, following his fourth win of the season.

Ryan Newman sits in ninth place, after falling two spots in the rankings, and finishing 11th in Phoenix.

Denny Hamlin cracked the top five in Phoenix and finds himself in tenth place in the latest rankings.

Next Up: FORD EcoBoost 400 (Championship Round) at Homestead-Miami Speedway on Sunday November 16th at 3:00pm ET 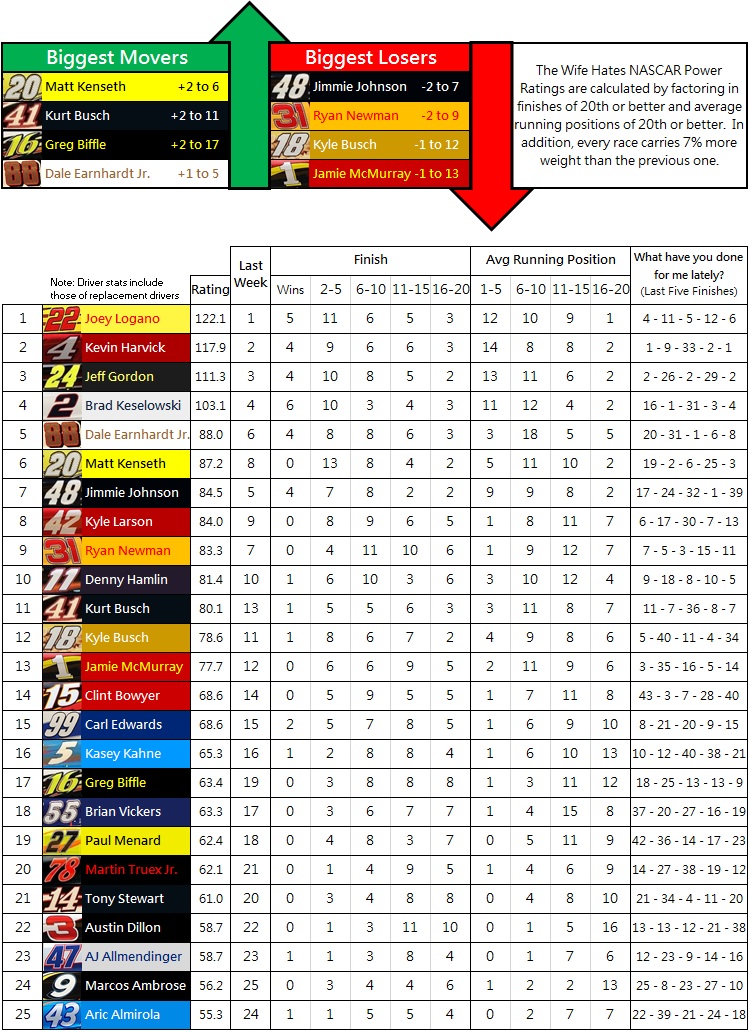