Skip to content
Home|Kevin Paul, NBA, Sports, Writers|LeBron Made The Right Decision, and the Only Logical Decision

LeBron Made The Right Decision, and the Only Logical Decision

The King is returning to the Cleveland Cavaliers.

The news broke via James himself, but it wasn’t through lebronjames.com, as so many rumors had hinted.  The biggest sports headline of the year was instead delivered in a powerful and well-covered essay to Sports Illustrated, and Senior Writer Lee Jenkins.

Credit SI, LeBron and his team for keeping this one under wraps.

Because once the story was out, it spread like wildfire, and left Cleveland’s title-hungry fans salivating like a hungry dog that was just handed a juicy steak.

South Beach, meanwhile, was left sitting at the proverbial altar, much like Cleveland back in 2010.

To an abrupt end went days of speculation, rumors and anticipation, all of which started in late June, when LeBron’s wife, Savannah, posted that famous little Akron image on Instagram.

But this should’ve been an easy decision for James, and really the only decision that he could have made.

That is, if he wanted to maintain a quality of life.

A quality of life?

For a guy that makes millions playing a sport, and millions more on endorsement deals, while also bringing home $30 million after Dr. Dre sold Beats? 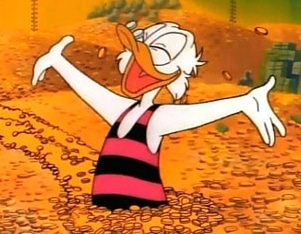 Yes, a quality of life.

It’s not always about the money.  If it were, LeBron would have his own Fort Knox by now.  He’d be swimming in the riches, like Scrooge McDuck.

I don’t know LeBron James personally, but I’ve followed basketball for years, and never seen a superstar be so involved in so many headlines, and not just regarding stories that involve himself or his team.

He’s passionate, and he’s a family guy.  That much, we can all tell – and that’s why the fallout from “The Decision” in 2010 really hurt him, deep down to his core.

The angry fans, burning of jerseys and letter from owner Dan Gilbert… it all left a hole in LeBron’s heart.

For some athletes, it would have been “water off a duck’s back”.

He spent four years in the polar opposite of Cleveland, where he joined forces with Pat Riley, Dwyane Wade and Chris Bosh, winning two titles and heading to the NBA Finals in four straight seasons.

Why would he want to leave that?

He wanted to come home.

But my gut says there’s a lot more to it than that.

Even with the passion to return, I believe that LeBron James had no choice.

Once James opted out of his contract with the Heat, the media firestorm really began to spread, with analysts like ESPN’s Chris Broussard throwing kerosene into that fire, with his whiteboard antics, telling the world that Cleveland was a heavy favorite to land its prodigal son.

Cleveland started to boil over with excitement, with many fans camping out near LeBron’s home.  If James were to blow off this city again, well, it just wouldn’t end well.

Let’s face it, there are a lot of idiots in the world today.  There’s no doubt that there would be threats and more hate to be spread.  It’s sad, but likely the truth.

The city of Miami, while frustrated to see James go, just can’t compare to Cleveland when it comes to a fan base that is desperate to win a championship. 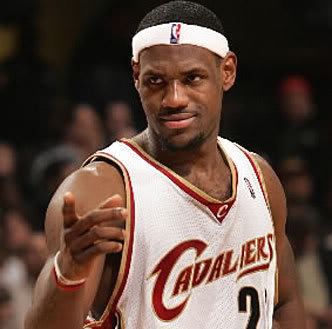 Cleveland needs it, covets it, dreams about it.

So, yes, LeBron made the right decision, and a great decision.  In his “I’m Coming Home” discussion with SI’s Lee Jenkins, James covered every single angle, and left no stone unturned.

He opened with his sincere passion for basketball and Northeast Ohio.

He once again apologized for “The Decision” in 2010, stating that he would “obviously do things differently”, but followed that with the fact that he still would’ve went to Miami.

Covering his bases for both cities.

Miami was compared to college, a clever addition, considering the four-year timespan and the obvious return after finding yourself, which so many of us do after heading off to school.

James then wisely nixed any rumors about the Heat, his relationships with coaches and management, and the idea that Miami “couldn’t put the right team together”.

LeBron even addressed the “not 1, not 2…” controversy, by listing that he was “not having a press conference or a party”.  He also refused to promise a championship.

LeBron mentioned family and the hurt that they all felt from the fans back in 2010.

He detailed how he sat down and talked it out with Cavs owner Dan Gilbert, following that with a great line: “Everybody makes mistakes.  I’ve made mistakes as well.  Who am I to hold a grudge?”

Again, covering all his bases.

The write-up has led the majority of the sports world to use the word “maturity” when referring to LeBron’s recent decision, and yes, that includes yours truly.

#LeBron has clearly grown and matured a great deal over last 4 yrs. Maybe he can not only mentor his young teammates, but also Manziel, too.

And while I do believe that James has matured a great deal over the last four years, let’s not be naive.

This wasn’t entirely a solo act.  Although, do not confuse the meaning of that statement, as I strongly believe that LeBron was genuine in what he said. I just feel that LeBron’s support group has grown along with him, and he clearly had the right people by his side, to make sure this went smoothly.

I also wouldn’t be shocked to see that a few select rumors were planted to help this along.

The posting to lebronjames.com rumor, for example.  Thursday around 3pm, people frantically tried to launch the page, hoping to catch LeBron’s announcement, leaving the site to tank, much like Miami’s title odds following James’ recent announcement.

The cop cars outside his house, and even Savannah’s Akron post, all could have been a part of it, too.

All the while, this little write-up, along with an agreement with SI, was waiting… lurking.

So, yes, LeBron James made the right decision this time.

Returning home to the Cleveland Cavaliers, LeBron instantly changes the landscape of the Eastern Conference and the NBA playoff picture.

But better yet, if LeBron pulls through and helps win Cleveland a title, it will end up being one of the biggest (and best) sports stories of our lifetime.

Hail to the King.

Thank you for visiting The Wife Hates Sports!