Jimmie Johnson led 155 of 334 laps at Charlotte, taking the checkered flag.  The win earns him a spot in the next round of the Chase for the Sprint Cup.

The victory puts Johnson one step closer to potentially tying Richard Petty and Dale Earnhardt for what would be his 7th NASCAR championship.

The win vaulted Jimmie Johnson back to the top ten in the latest NASCAR Power Rankings at TWHS.  Sitting in 9th place, Johnson remains 35 ratings points behind the leader, Brad Keselowski, who managed a fifth straight top ten at Charlotte.

Kyle Busch (6th at Charlotte) remains in second place this week, followed by Martin Truex Jr. in third place.  Denny Hamlin moves up one spot to fourth and Matt Kenseth returns to the top five, jumping two spots from seventh.

Kenseth – with his two spot jump – is also the biggest mover of the week.  Jimmie Johnson and Jamie McMurray also moved up two spots.

Following a 38th place finish at Charlotte, Kevin Harvick is again the biggest loser of the week, falling two more spots and out of top five.  Chase Elliott also drops two places and lands outside of the top ten.

The Chase for the Sprint Cup shifts to Kansas this weekend.

Chase for the Sprint Cup: Jimmie Johnson leads the pack at Charlotte

Next Up: Hollywood Casino 400 at Kansas Speedway on October 16th at 2:15pm ET 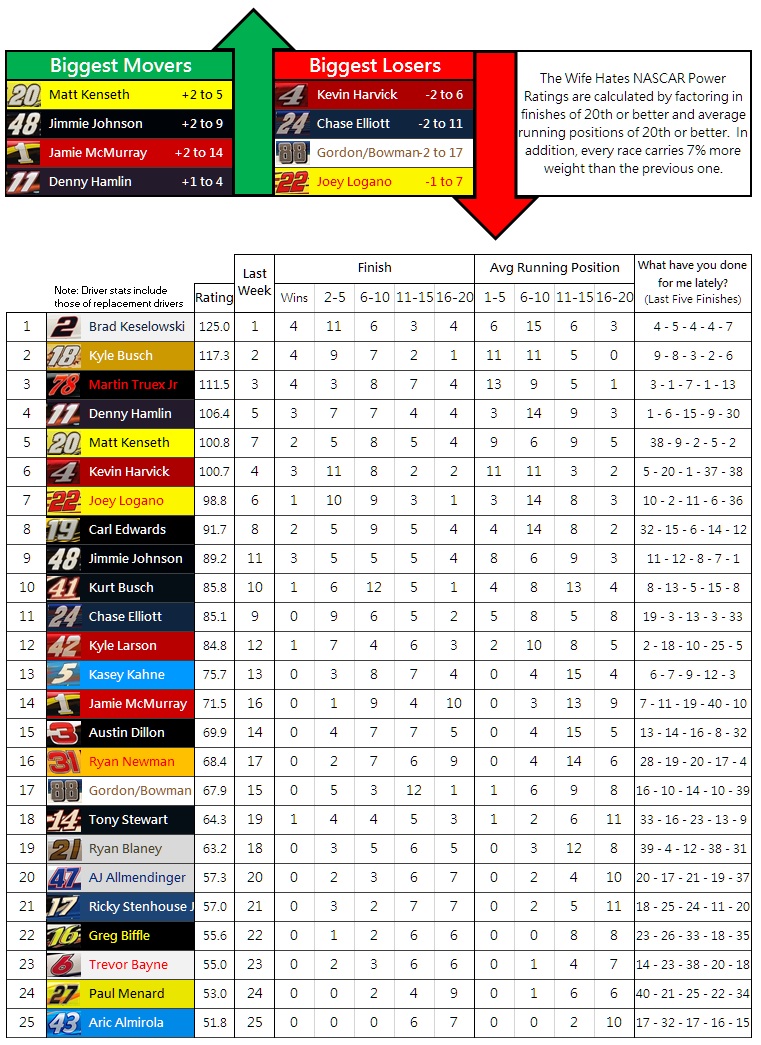