Jimmie Johnson won for the fourth time this season, taking the checkered flag at Martinsville and advancing to the Championship 4, which will be held at Homestead in three weeks.

The victory keeps hope alive for Jimmie Johnson and his crew to bring home a seventh NASCAR championship.

The win – Johnson’s second in four weeks – did little for his overall standing in the latest edition of NASCAR Power Rankings at The Wife Hates Sports.

In fact, Jimmie Johnson moves up just one spot in the latest rankings, from ninth to eighth place.

Meanwhile, the top five remains very much in flux, despite Kyle Busch hanging onto the top spot for the second consecutive week.

With their two spot jumps, Brad Keselowski and Denny Hamlin are the biggest movers of the week.

On the flip side, Kevin Harvick (20th at Martinsville) is the biggest loser of the week, falling three spots and out of the top five.  Joey Logano also had a tough week, fading back two slots.

The Chase for the Sprint Cup next heads to Texas for the second race in the Round of 8. 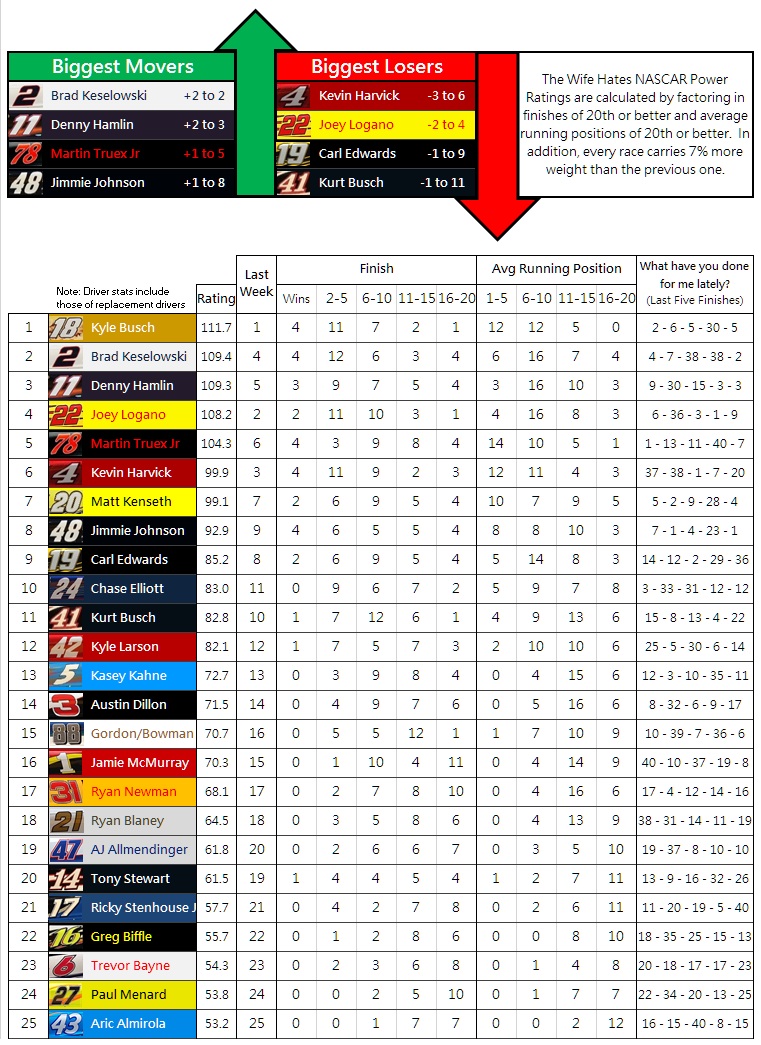