Martin Truex Jr. punched a ticket to the next round of the Chase after taking the checkered flag at Chicagoland over the weekend.  It was Truex’s third win of the 2016 NASCAR Sprint Cup season and second in three weeks.

The driver of the No. 78 Furniture Row Toyota is clearly getting hot at the right time.

Truex remains outside of the top five in the latest NASCAR Power Rankings at The Wife Hates Sports.

Meanwhile, Brad Keselowski (5th at Chicagoland) takes over the top spot in the latest rankings, moving ahead of Kevin Harvick, who lands in second.

The rest of the top five remains unchanged, with Denny Hamlin in third, Joey Logano in fourth and Kyle Busch in fifth.

On the flip side, Kevin Harvick falls out of first and is the biggest loser of the week.  Carl Edwards, Kyle Larson and Austin Dillon also had tough weeks.

Next week, the Chase for the Sprint Cup heads to New Hampshire.

Next Up: Bad Boy Off Road 300 at New Hampshire Motor Speedway on Sunday September 25th at 2:00pm ET 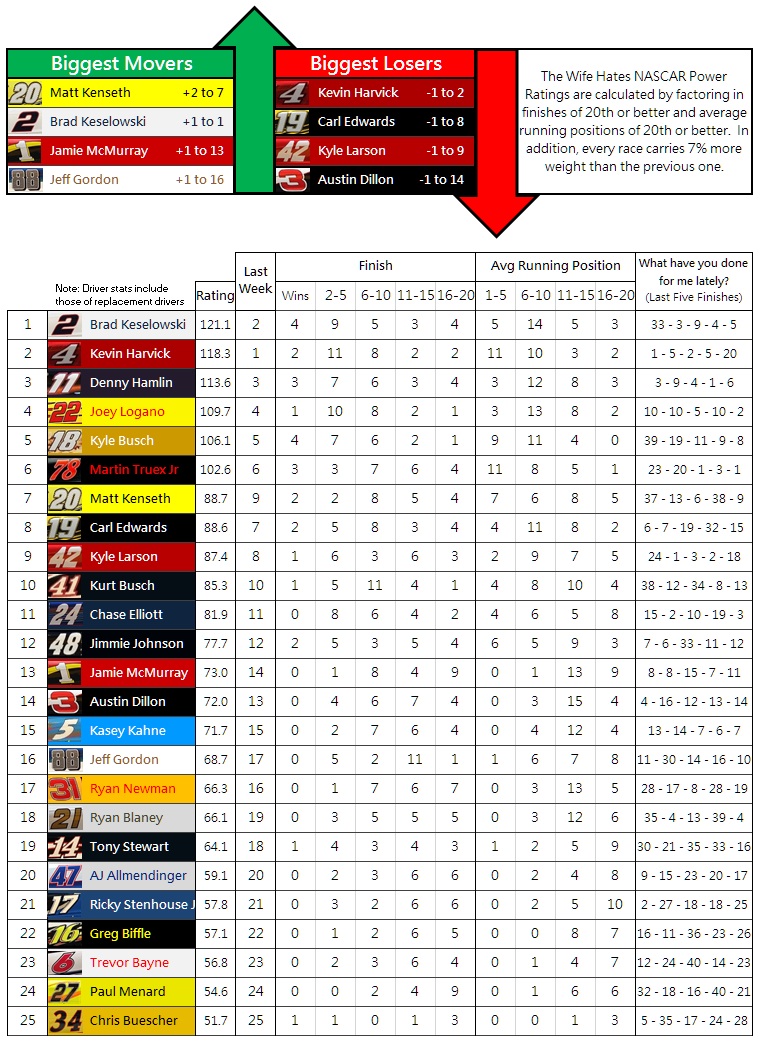