Kevin Harvick returns to the top of the mountain.

Harvick – in Harvick-like fashion – took the lead during the 294th lap, landing in Victory Lane and notching his third victory of the NASCAR Sprint Cup season.

As a result, Harvick lands the weekend trifecta, winning at New Hampshire, automatically advancing to the next round of the Chase for the Sprint Cup and – most importantly (in the eyes of TWHS) – takes back first place in the latest edition of NASCAR Power Rankings at The Wife Hates Sports.

Harvick owns a slight edge over Brad Keselowski, who falls back to second place.  Kyle Busch returns to the top three, followed by Denny Hamlin in fourth place and Martin Truex Jr. in fifth.

The aforementioned Kyle Busch is the biggest mover of the week, jumping two spots and into 3rd place.  Kevin Harvick, Martin Truex Jr. and Kasey Kahne also landed on the list of positive movers.

On the flip side, Joey Logano falls out of the top five  first and is the biggest loser of the week.  Brad Keselowski, Denny Hamlin and Austin Dillon also had tough weeks.

The Chase for the Sprint Cup now shifts to Dover for the final race in the Round of 16.

Next Up: Citizen Soldier 400 at Dover International Speedway on October 2nd at 2pm ET 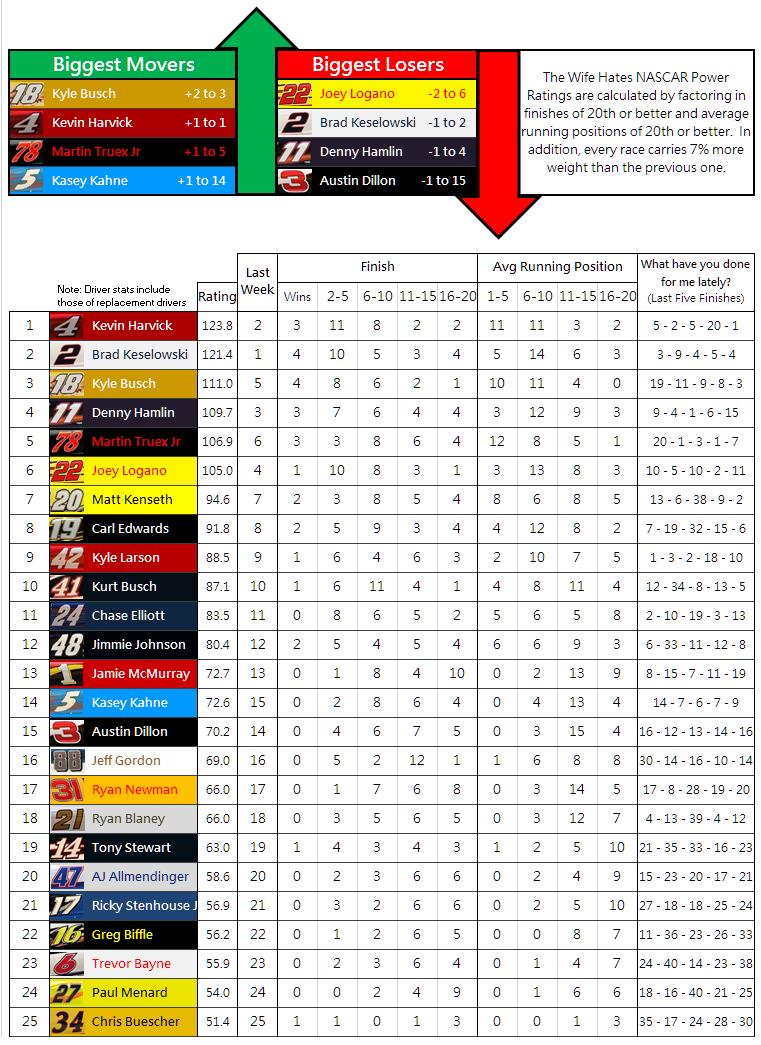