Denny Hamlin survived a record number of cautions at Richmond, landing in Victory Lane and notching his third win of the 2016 NASCAR Sprint Cup season.  It was also Hamlin’s third career victory on his home track and first since 2010.

The sloppy and chaotic race at RIR had major Chase implications, especially following a late-race wreck with just 37 laps remaining.  After the wreckage was cleared and the race completed, it was Austin Dillon and Jamie McMurray who emerged with arguably the most good fortune.

Dillon and McMurray stole away the final two postseason spots.

With the Chase field set, NASCAR now shifts to its ten-race playoff.

In the latest NASCAR Power Rankings, Kevin Harvick runs away with the regular season, once again taking the top spot and leading the field by sixteen ratings points.

Denny Hamlin is the biggest mover of the week, jumping one spot and into 3rd place.  Martin Truex Jr., Kyle Larson and Jamie McMurray also had positive weeks.

On the flip side, Ryan Newman falls two places to 16th and is the biggest loser of the week.

With the regular season over, sixteen drivers remain eligible to win the NASCAR championship as the Chase for the Sprint Cup opens in Chicagoland on Sunday.

NASCAR: The late-race wreck at Richmond had major Chase implications

Next Up: Teenage Mutant Ninja Turtles 400 at Chicagoland Speedway on Sunday September 18th at 2:30pm ET 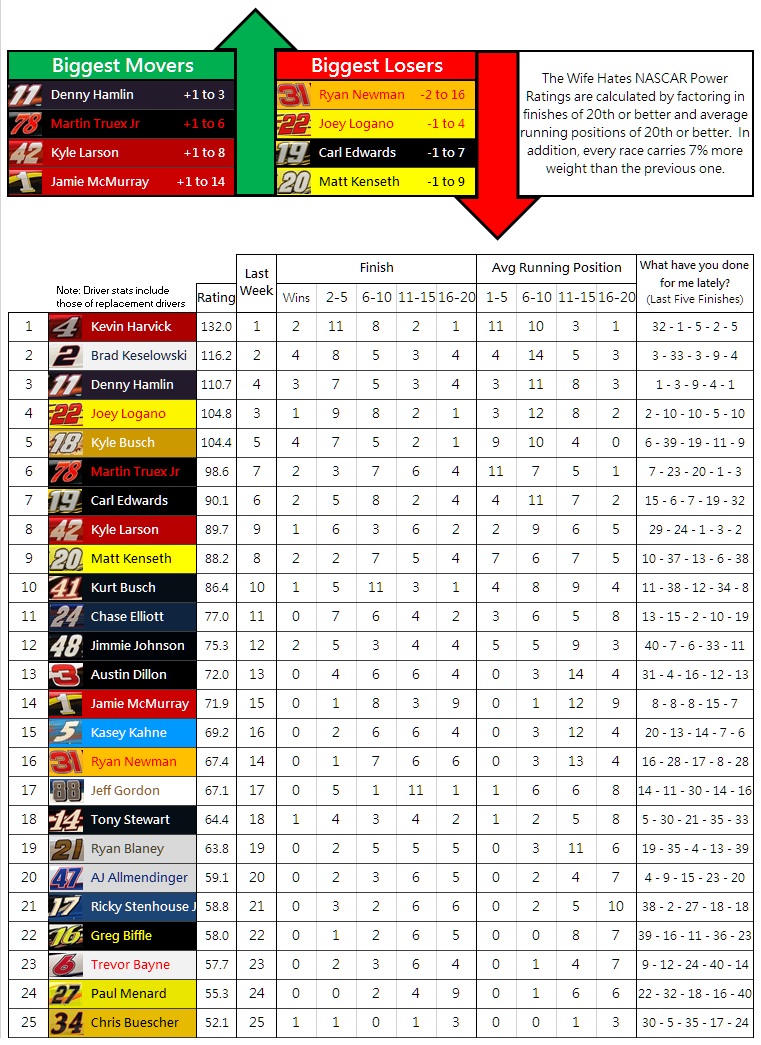