Kyle Larson nabbed his first ever Sprint Cup victory, leading just 41 of 200 laps and taking the checkered flag at Michigan over the weekend.  The win left Larson in 10th place in the latest edition of NASCAR Power Rankings at The Wife Hates Sports, just five ratings points behind Matt Kenseth.

Heading into Darlington, it’s Kevin Harvick that leads the way, holding a twelve-plus ratings point edge over Brad Keselowski, who moves ahead of Kyle Busch.

Denny Hamlin – who raced to his fifth straight top ten – again finds himself in fifth.

Jamie McMurray is the biggest mover of the week, jumping three spots and into 14th place.  Greg Biffle also had a strong showing and moves up two spots.

On the flip side, Jeff Gordon – who continues to replace the concussed Dale Earnhardt Jr. – falls three spots in the rankings and is the biggest loser of the week.

With just two races remaining prior to the Chase for the Sprint Cup, the NASCAR field next heads to Darlington for the Bojangles’ Southern 500.

Next Up: Bojangles’ Southern 500 at Darlington Raceway on September 4th at 6:00pm ET 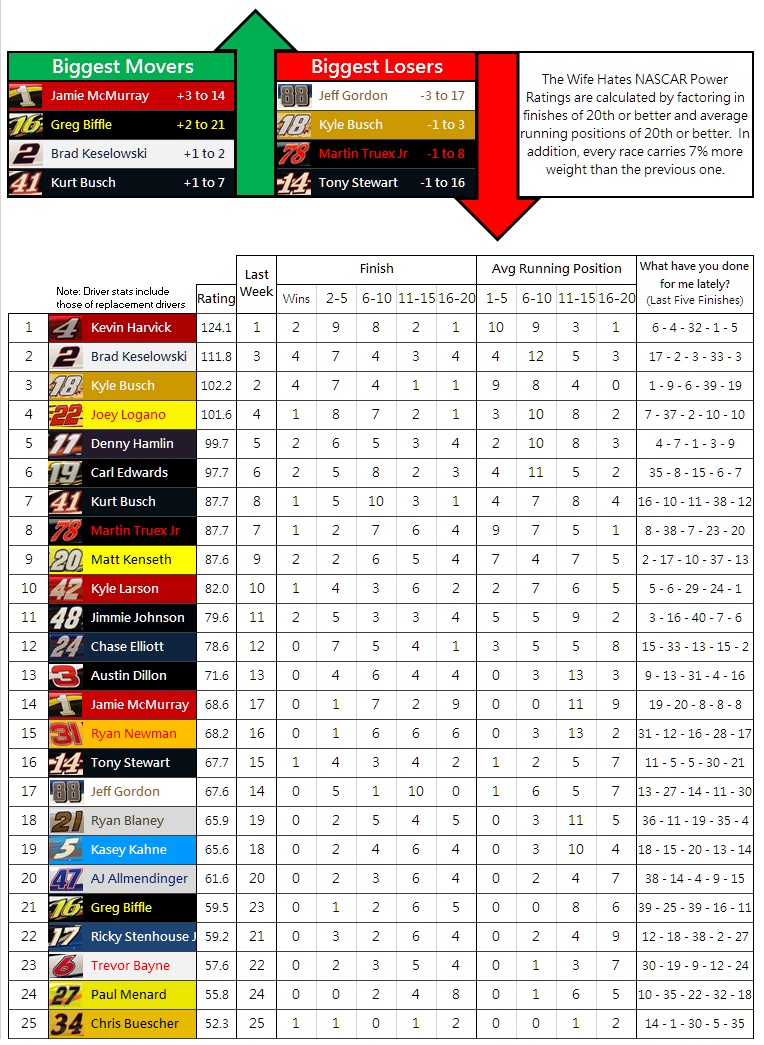