For Chris Buescher, call it “a win’s a win” situation, considering his first ever NASCAR Sprint Cup victory was one that materialized only after a thunderstorm and weather-shortened delay ended the Pennsylvania 400 prematurely.

Carl Edwards also had a strong showing, finishing 8th and making a big move in the latest NASCAR Power Rankings.

In the latest poll, Kevin Harvick continues to lead, holding a nine point edge over Kyle Busch, who remains in second place this week.

The aforementioned Carl Edwards is the biggest mover of the week, jumping three spots and once again cracking the top five.

On the flip side, Martin Truex Jr. and the concussed Dale Earnhardt Jr. each drop three spots in the latest poll and are the biggest losers of the week.

Next week, the NASCAR field heads to Watkins Glen for the Cheez-It 355.

NASCAR: Chris Buescher is all smiles following his first ever Sprint Cup victory

Next Up: Cheez-It 355 at Watkins Glen International on Sunday August 7th at 2:30pm ET 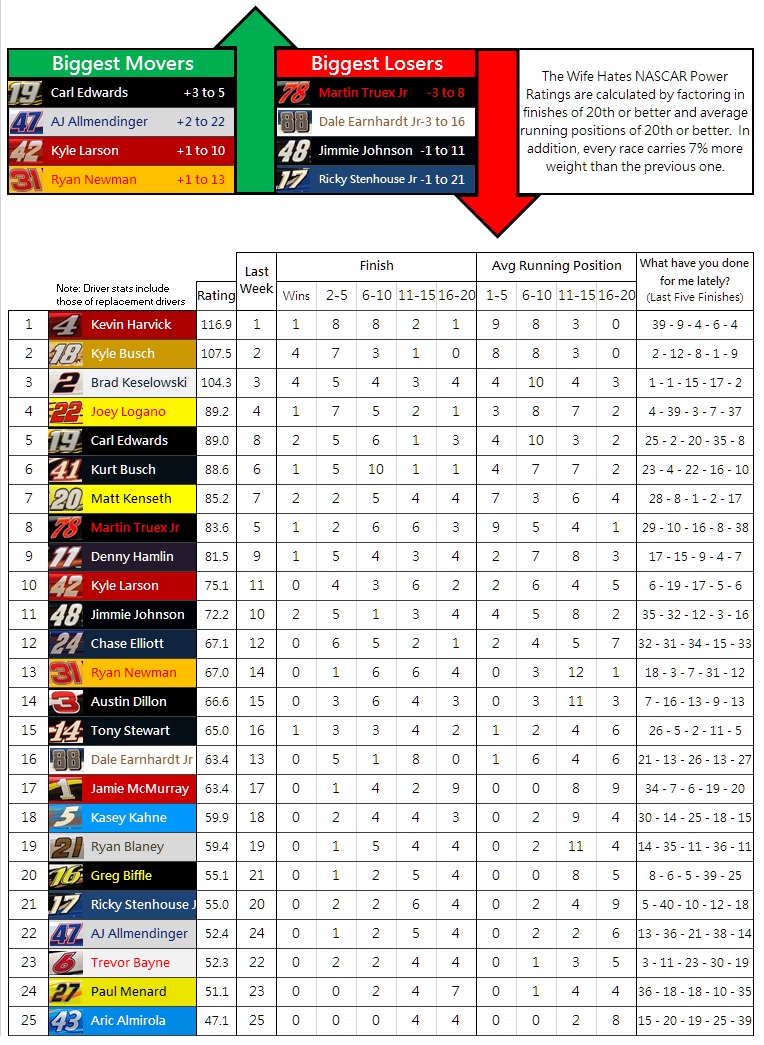