But while Kenseth is eating lobster rolls this week, the bigger celebration falls in the direction of both Kevin Harvick and Brad Keselowski.

Harvick (4th at Loudon) had another strong showing and continues to lead the way in the latest edition of NASCAR Power Rankings at The Wife Hates Sports.

For the second consecutive week, Brad Keselowski (15th at New Hampshire) sits in second place, losing some ground to Harvick.

The Busch brothers occupy the third and fourth positions, as Joey Logano returns to the top five, following a third place finish in New England.

Next week, the NASCAR field heads to The Brickyard.

Next Up: Crown Royal Presents the Combat Wounded Coalition 400 at The Brickyard on Sunday July 24th at 3:00pm ET 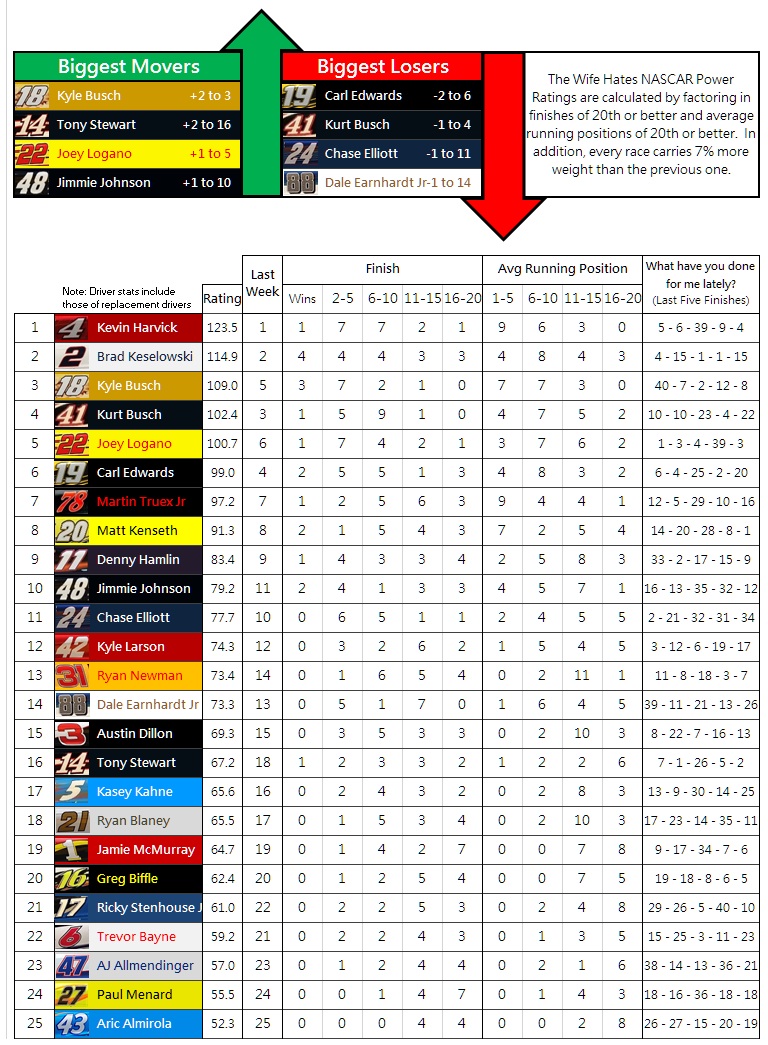