Kyle Busch pieced together a masterful performance at The Brickyard, leading 149 of 170 laps and landing in Victory Lane for the fourth time this season.

Busch’s performance placed him in the NASCAR history books, as outlined by ESPN Stats and Info on Twitter.

Kyle Busch’s dominant day at Sunday’s Brickyard 400 put him atop a list of great drivers pic.twitter.com/q30H2PHSEP

The big-time showing vaults Kyle Busch into second place in the latest NASCAR Power Rankings at The Wife Hates Sports.

Outside of the top three, Joey Logano takes over fourth place and Martin Truex Jr. returns to the top five following his strong run in Indy.

Meanwhile, Kyle’s brother Kurt faded a bit in the rankings, following a 16th place finish.  Kurt Busch has now landed outside of the top 15 in three of the last four NASCAR Sprint Cup races.

Martin Truex Jr. and Jamie McMurray are the biggest movers of the week, each jumping two spots in the latest rankings.

On the flip side, Kurt Busch and Carl Edwards each dropped two spots in the latest poll and are the biggest losers of the week.

Next week, the NASCAR field heads to Pocono for the Pennsylvania 400. 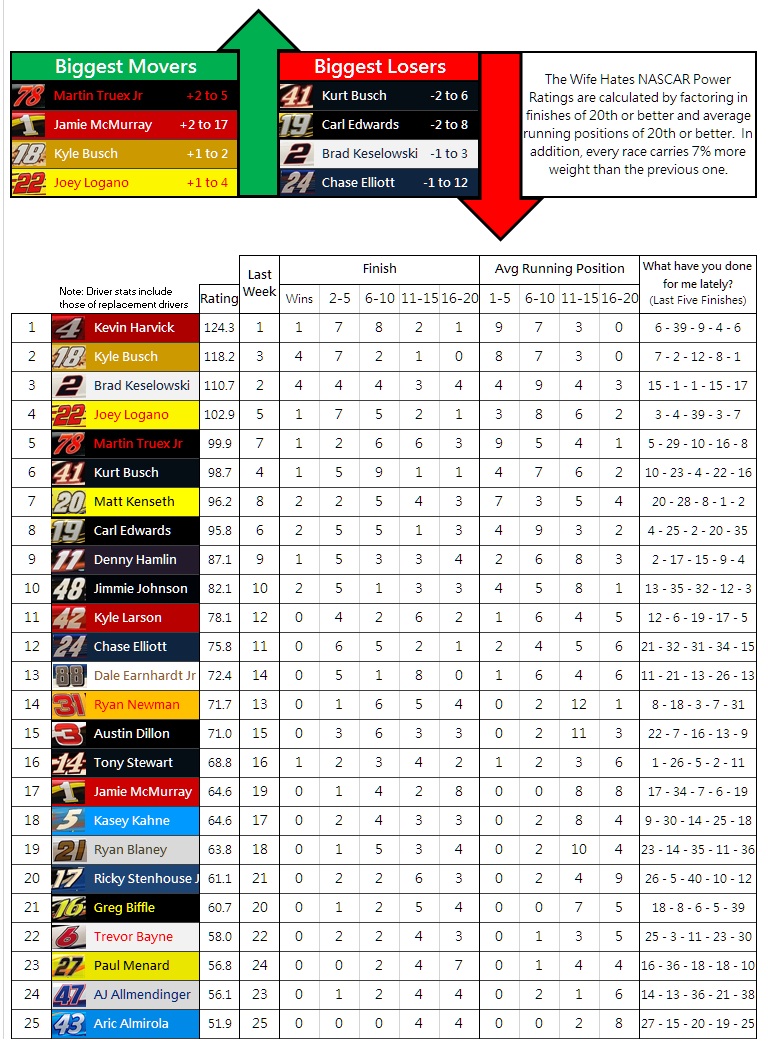