Kurt Busch is red hot and his brother Kyle is not.

With an interim crew chief and a Chevrolet running on fumes, Kurt Busch held off Dale Earnhardt Jr. and Brad Keselowski at Pocono, taking the checkered flag and earning his first victory of the 2016 NASCAR Sprint Cup season.

As shared by ESPN Stats and Info (via Twitter), Busch’s win featured a few mini-milestones, one from this season and the other covering his NASCAR career.

He is only driver to complete every lap this season, but this is 1st win

As a result, Harvick remains the leader in the latest NASCAR Power Rankings at The Wife Hates Sports.  Harvick’s lead over Kurt Busch is just 13 ratings points, while Kyle Busch remains in third place, but has faded back a bit.

With his third place finish at Pocono, Brad Keselowski returns to this week’s top five and sits in fourth place.  Matt Kenseth (7th over the weekend) is in fifth.

Matt Kenseth is also the biggest mover of the week, jumping three spots in the latest poll.  Brad Keselowski and Ryan Blaney also had solid showings, moving up two spots.

Next week, the NASCAR field blazes to Michigan for the FireKeepers Casino 400.

Next Up: FireKeepers Casino 400 at Michigan International Speedway on Sunday June 12th at 1:00pm ET 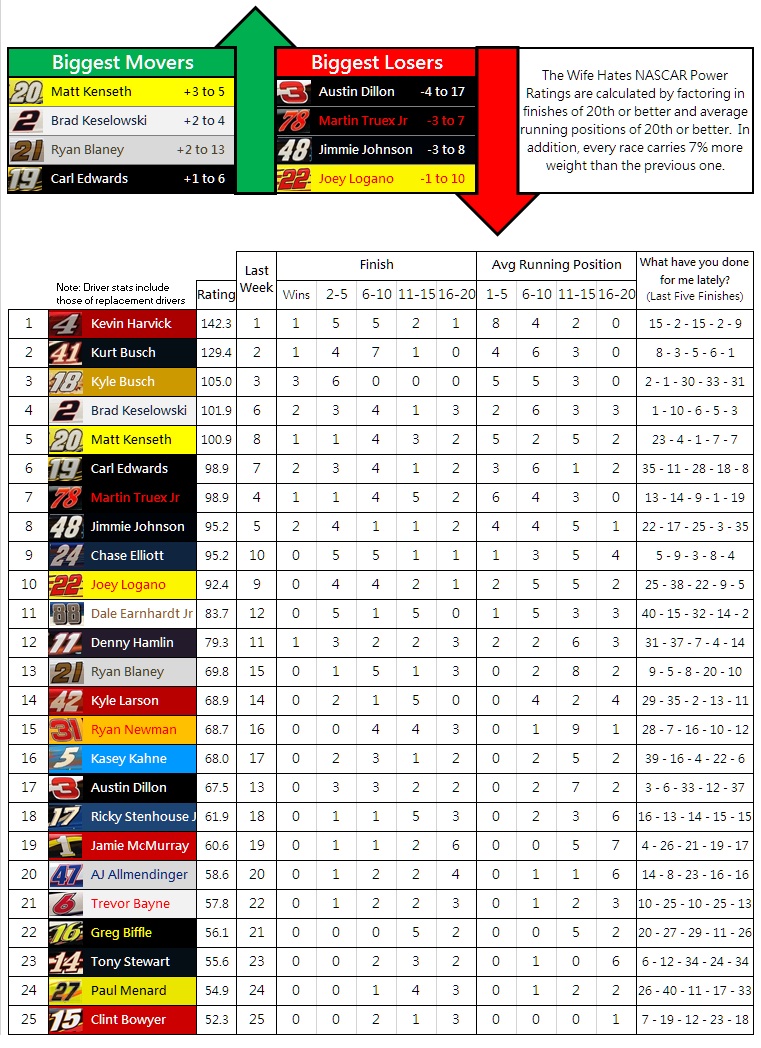