Brad Keselowski took the checkered flag in a wreck-filled race at Talladega over the weekend, notching his second victory of the 2016 NASCAR Sprint Cup season.

With the win, Keselowski moves up two spots (from 10th to 8th) in the latest edition of NASCAR Power Rankings at The Wife Hates Sports.

Talladega runner-up Kyle Busch takes over the top spot in the rankings, rising two spots (from third).  In his last five races, Busch has tallied two runner-ups and two victories.

Joey Logano falls out out of the top five, dropping one spot to sixth.

Jamie McMurray is the biggest mover of the week, jumping five spots and into 14th place overall.  Trevor Bayne also had a big week, moving up four spots and into 20th position.

On the flip side, Denny Hamlin is the biggest loser of the week, falling three spots and out of the top ten.  Ryan Newman, Greg Biffle and Paul Menard also had tough weeks, dropping two slots in the latest rankings.

Next week, the NASCAR Sprint Cup season goes bowling… in Kansas, for the GoBowling.com 400.

Next Up: GOBOWLING.com 400 at Kansas Speedway on Saturday May 7th at 7:30pm ET 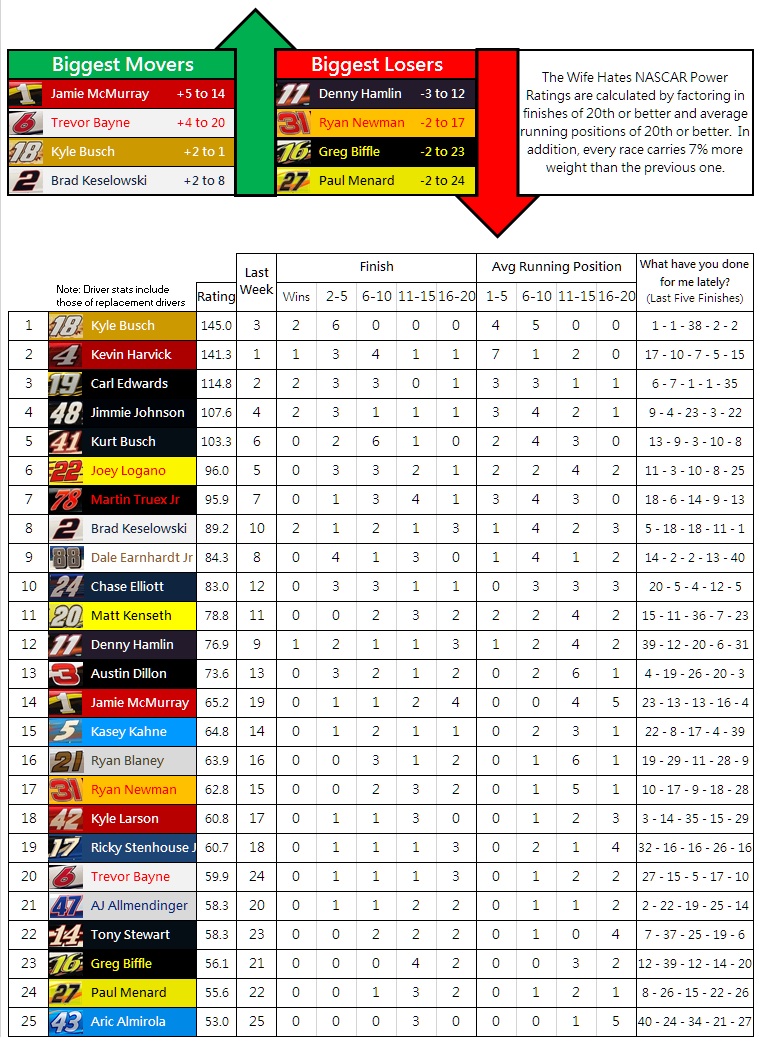