Kyle Busch led 352 of 500 laps at Martinsville over the weekend, taking the checkered flag and earning his first victory of the 2016 Sprint Cup season.  Following the win, Kyle Busch takes over the top spot in the latest edition of NASCAR Power Rankings at The Wife Hates Sports.  Busch’s lead is by the slimmest of margins, a one-point edge over last week’s leader Kevin Harvick.

Danica Patrick is the biggest mover of the week, jumping seven spots and cracking the top 25.  Kyle Larson also had a strong showing, rising five spots to 15th.  Meanwhile, Brad Keselowski and AJ Allmendinger each moved up four spots in the latest rankings.

Jamie McMurray, Aric Almirola and Kasey Kahne are the biggest losers of the week, each dropping four spots in the standings.

The 2016 NASCAR season continues next weekend at Texas.

Next Up: Duck Commander 500 at Texas Motor Speedway on April 9th at 7:30pm ET 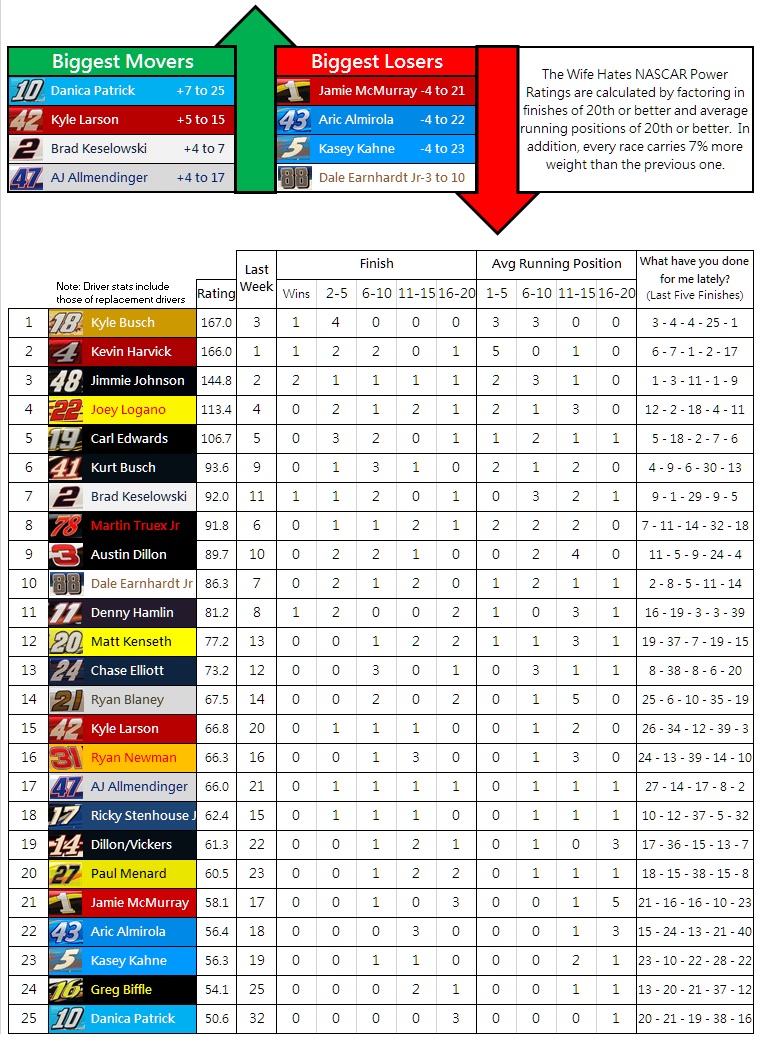