Kyle Busch led the final 33 laps of the Duck Commander 500 over the weekend, taking the checkered flag and earning his second straight victory.  With the victory, Kyle Busch opens up a commanding lead in the latest edition of NASCAR Power Rankings at The Wife Hates Sports.  Busch’s lead is nearly thirty ratings points over Kevin Harvick, who remains in second position this week.

Martin Truex Jr. and Carl Edwards – who combined to lead 265 of the 334 laps at Texas – faltered late, opening the door for Busch.

Meanwhile, fan favorite Dale Earnhardt Jr. had arguably his strongest outing of the 2016 NASCAR Sprint Cup season, finishing as the runner-up at Texas.  Joey Logano finished in third, followed by Jimmie Johnson in fourth and Chase Elliott in fifth.

In fact, the top five spots remain unchanged, with Jimmie Johnson still in third, Joey Logano in fourth, and Carl Edwards in fifth.

The aforementioned Dale Earnhardt Jr. is one of the biggest movers of the week.  Junior jumps up three spots from tenth to seventh.  Trevor Bayne also had a big week, moving up four spots.

Next week, the Sprint Cup season heads to Bristol for the Food City 500. 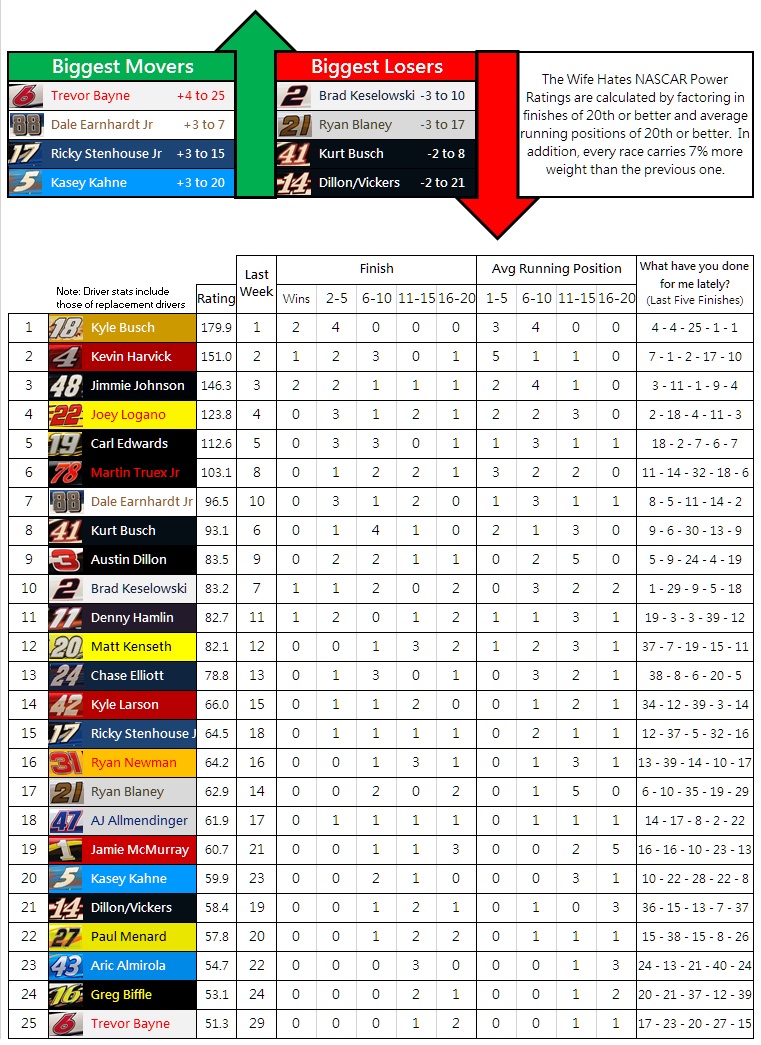