For Carl Edwards, it was another monstrous week, but one that could lead to some controversy – or at least some potential unrest within the Joe Gibbs Racing team.

Leading 151 of 400 laps at Richmond over the weekend, Edwards needed a bump-and-run on the final lap to trump teammate Kyle Busch and take the checkered flag.

It was the second straight victory for Edwards and a one-two finish for JGR.

But while Edwards praised his teammate following the race, the general NASCAR population knows how fiery Kyle Busch can be.  For now, the racing world will have to wait and see if there’s more to this story.

Other notable finishes at the Toyota Owners 400 include Jimmie Johnson, who finished behind Edwards and Busch (in third place), with Kasey Kahne in fourth and Kevin Harvick in fifth.

In the latest NASCAR Power Rankings at The Wife Hates Sports, there was little movement due to the top drivers all having strong weeks.   In fact, the top five remains unchanged, with Kevin Harvick continuing to lead the way and Carl Edwards remaining in second place.

Kasey Kahne is easily the biggest mover of the week, jumping five spots and into 14th place overall.

On the flip side, Chase Elliott (down three spots), Ricky Stenhouse Jr. (down two) and Jamie McMurray (also down two) are listed among the biggest losers of the week.

Next up, the Sprint Cup season heads to Talladega for the Geico 500.

Next Up: Geico 500 at Talladega Superspeedway on Sunday May 1st at 1:00pm ET 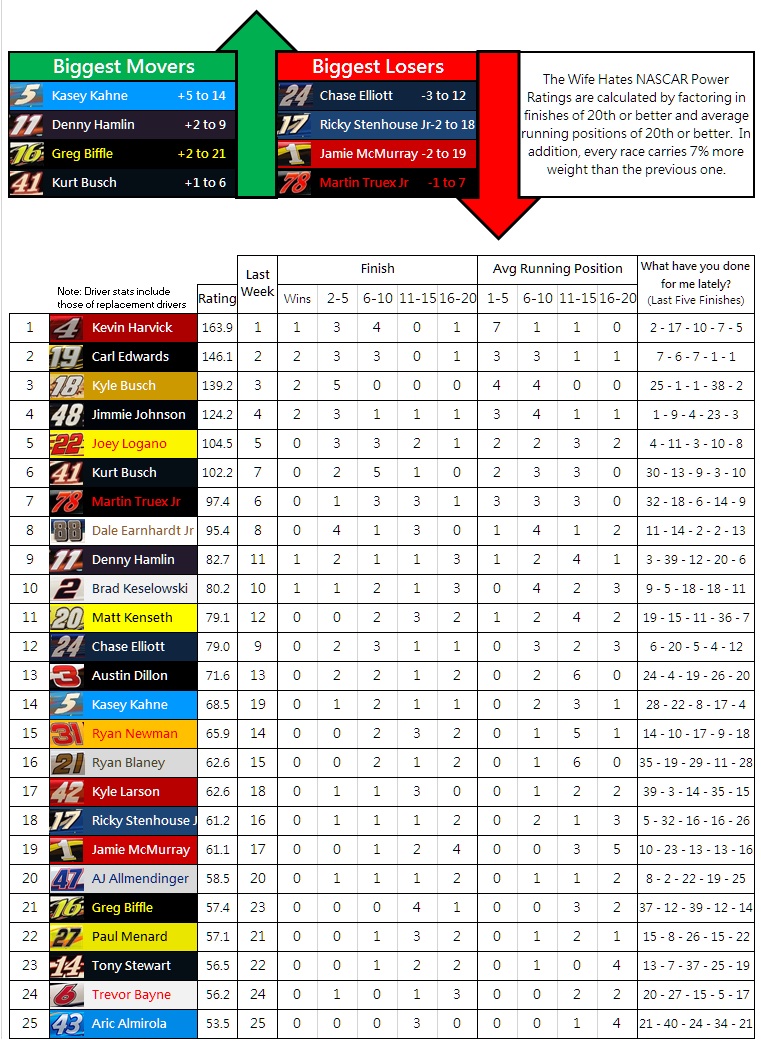