Sporting the Superman logo on the hood of his car, Jimmie Johnson made a superhero-like late charge at Sunday’s Auto Club 400, taking the checkered flag at California and notching his second victory of the young Sprint Cup season.  But in the first NASCAR Power Rankings of the 2016 season, it’s Kevin Harvick that leads the way, and not Jimmie Johnson.

Harvick has finished each of the opening five races in the top ten, posting one victory and a runner-up.  His overall average running position also trumps that of Johnson and aids in his top ranking.

Johnson – who trails Harvick by more than fifty ratings points – lands in second place this week, followed by Kyle Busch in third, Joey Logano in fourth and Carl Edwards in fifth.

The 2016 NASCAR season continues in two weeks at Martinsville.

Next Up: STP 500 at Martinsville Speedway on Sunday April 3rd at 1:00pm ET 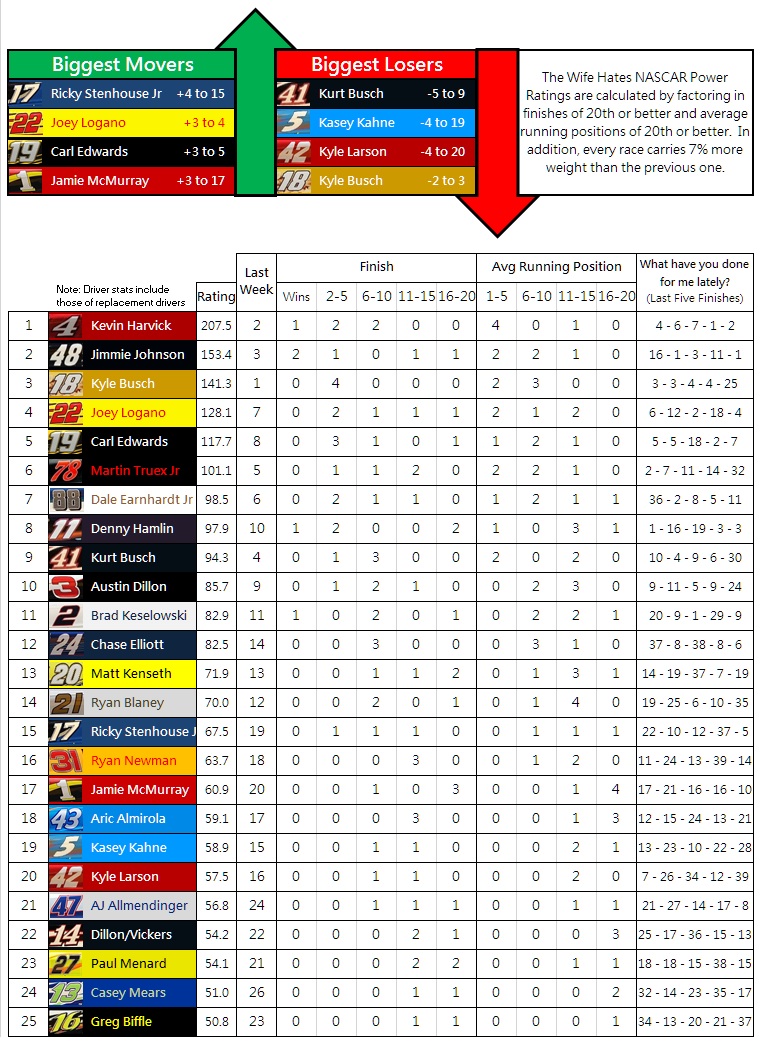