Matt Kenseth took the checkered flag at New Hampshire, notching a Sprint Cup season-high fifth victory on the year.  Denny Hamlin – last week’s winner at Chicagoland – was the runner-up at the Sylvania 300.

Leading just 48 laps combined, the duo of Kenseth and Hamlin finished one-two and have each earned a spot in the Chase for the Sprint Cup Contender Round, which starts on Saturday, October 10th (at Charlotte).

Joey Logano, who finished third at New Hampshire, opens up an 18-point ratings lead on Kevin Harvick in the latest NASCAR Power Rankings at The Wife Hates Sports.

The aforementioned Harvick led 216 laps over the weekend, but finished in 21st.

The Chase for the Sprint Cup Challenger Round finishes next weekend with the AAA 400 at Dover International Speedway, which takes place on Sunday October 4th at 2:30pm ET. 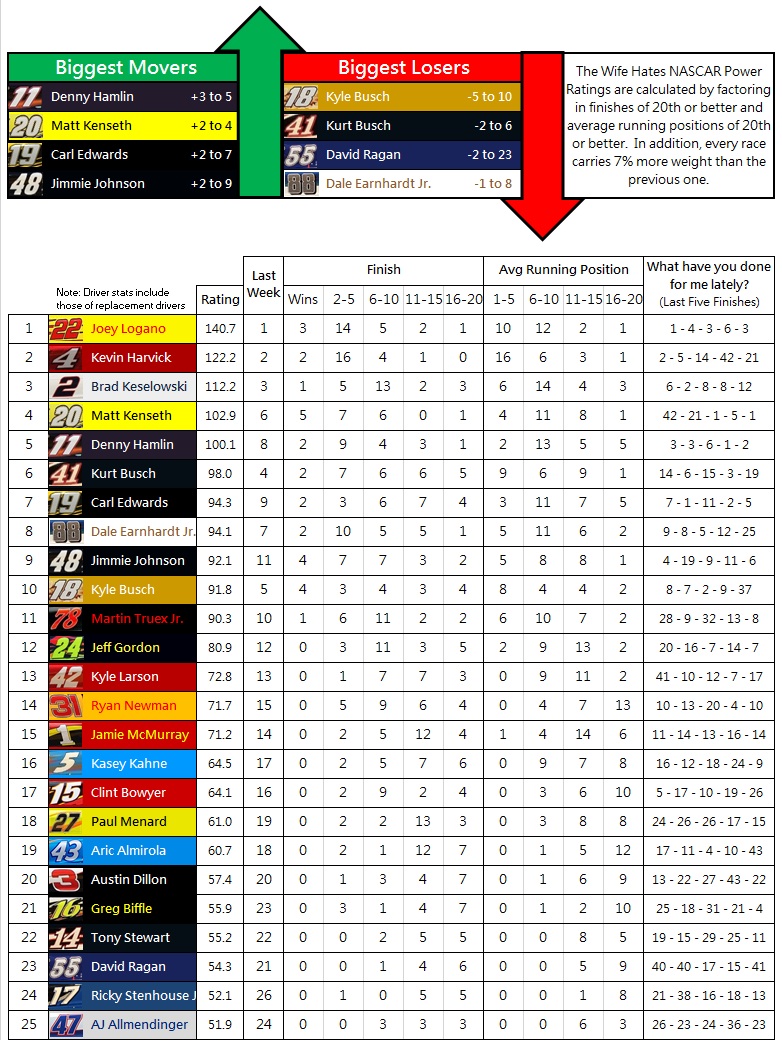