Matt Kenseth led 352 of the 400 laps at Richmond over the weekend, taking the checkered flag and notching his fourth victory of the Sprint Cup season.  With the win, Kenseth joins Kyle Busch and Jimmie Johnson, who also have four victories on the year.

In the latest edition of NASCAR Power Rankings at The Wife Hates Sports, Kenseth – with his dominating performance at the Federated Auto Parts 400 – is the biggest mover, jumping four spots and cracking this week’s top five.

Martin Truex Jr. (32nd at Richmond) is the week’s biggest loser, falling five spots and out of the top ten.

The Chase for the Sprint Cup field is set, and the madness begins next weekend at Chicagoland Speedway, with the MYAFIBRISK.COM 400 (on Sunday, September 20th at 3:00pm ET).

Let the games begin, but first, here are the latest rankings: 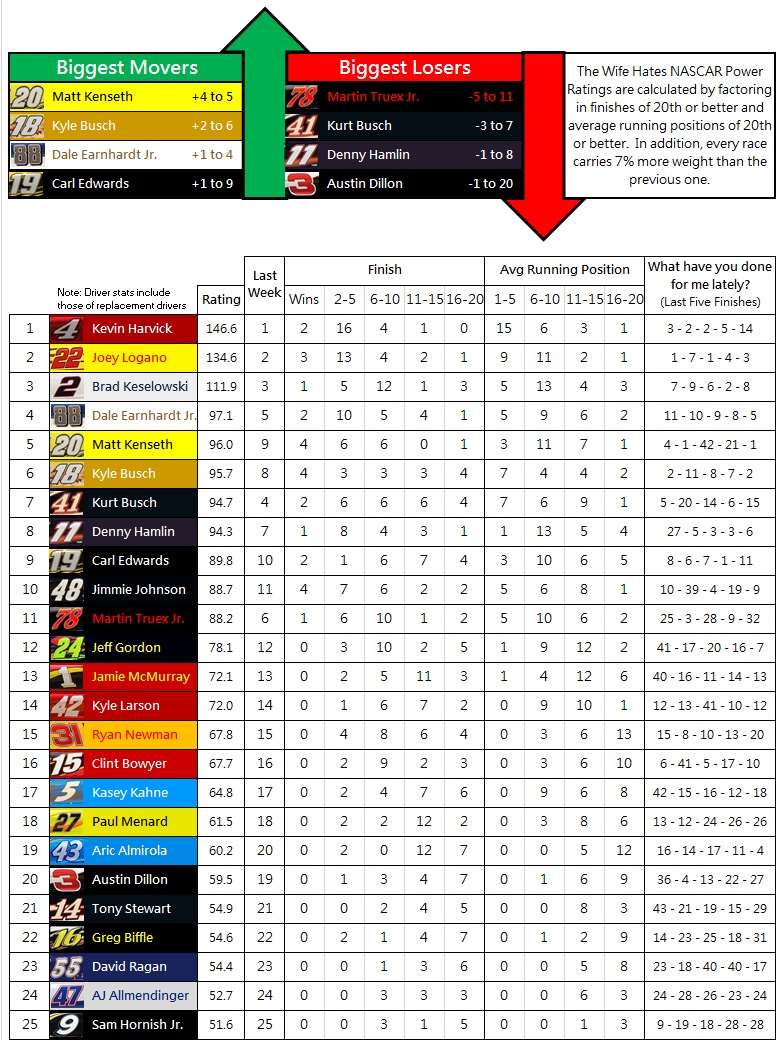