Skip to content
Home|Sports|NASCAR Power Rankings: A New Leader for the First Time in Months

NASCAR Power Rankings: A New Leader for the First Time in Months

Finally, for the first time in months, someone has passed Kevin Harvick.  Harvick finished 42nd at Chicagoland over the weekend, falling out of the top slot in the latest NASCAR Power Rankings at The Wife Hates Sports.

Denny Hamlin, meanwhile, took the checkered flag at the first Chase race and is guaranteed a spot in the Contender Round, which begins Saturday, October 10th.  But even with the win, Hamlin’s position in the latest NASCAR Power Rankings remains unchanged.

The Chase for the Sprint Cup Challenger Round continues next weekend with the Sylvania 300 at New Hampshire Motor Speedway.  The race takes place on September 27th at 2:00pm ET. 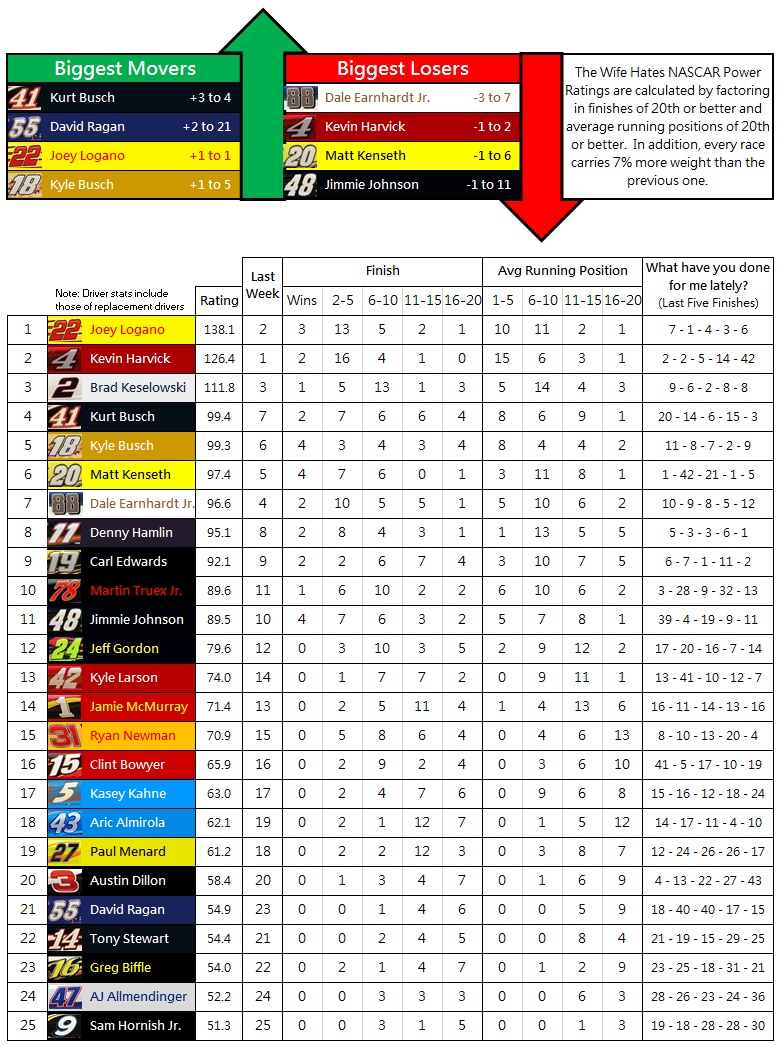