Matt Kenseth continued his hot stretch, taking the checkered flag at Michigan and notching his third victory of the season.

That’s five straight top ten finishes for Kenseth, with two of the races being victories.

Kenseth’s three victories are one fewer than Kyle Busch and Jimmie Johnson, who lead the way with four wins on the year.

Kevin Harvick continued his torrid pace, landing yet another runner-up finish.  His finish at Michigan now marks the 14th race in which Harvick has finished between 2nd and 5th.

As a result, Harvick extends his lead over Joey Logano in the latest NASCAR Power Rankings at The Wife Hates Sports.  Kenseth moves up one spot to third place, dropping Brad Keselowski (9th at Michigan) to the fourth position.

With a third place finish over the weekend, Martin Truex Jr. returns to the top five.

Truex Jr. joins Paul Menard as the biggest movers of the week, each jumping up two spots.

Meanwhile, Kurt Busch and Kasey Kahne land the unwanted role as biggest losers of the week, each dropping two spots in the latest rankings.

Next Saturday night, the Sprint Cup season shifts to Bristol.

Next Up: Irwin Tools Night Race at Bristol Motor Speedway on August 22nd at 7:30pm ET 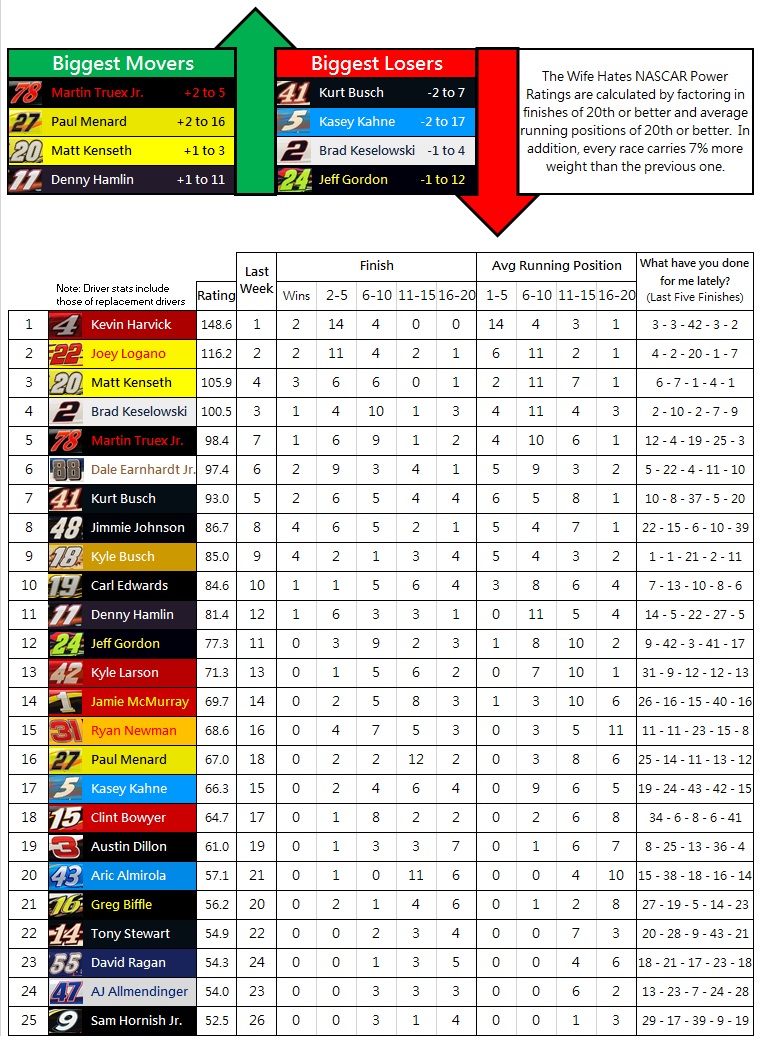