Skip to content
Home|Sports|NASCAR Power Rankings: Harvick and Logano Distancing Themselves from the Pack

NASCAR Power Rankings: Harvick and Logano Distancing Themselves from the Pack

Joey Logano completed the weekend sweep after a dramatic finish at Watkins Glen over the weekend, passing Kevin Harvick on the final turn.

The victory, Logano’s second of the season and first on a road course, was a bit of a reversal of fortune, considering he ran out of gas at Pocono during the previous race.

Harvick’s tank running on empty was nothing compared to the blown engine he suffered at Pocono, and the weekend’s minor disappointment still netted him a third place finish at The Glen.

After the strong performances, both Logano and Harvick have distanced themselves from the pack in the latest NASCAR Power Rankings at The Wife Hates Sports.

Actually, Harvick’s lead has been significant for weeks, if not months, and he continues to hold onto the top spot this week.  Logano remains in second place and is pulling away from the other Sprint Cup contenders.

Martin Truex Jr. (down four spots to seventh) and Jimmie Johnson (down three spots to eighth) are the biggest losers of the week.

Next week, the Sprint Cup season heads to Michigan.

Next Up: Pure Michigan 400 at Michigan International Speedway on Sunday August 16th at 2:30pm ET 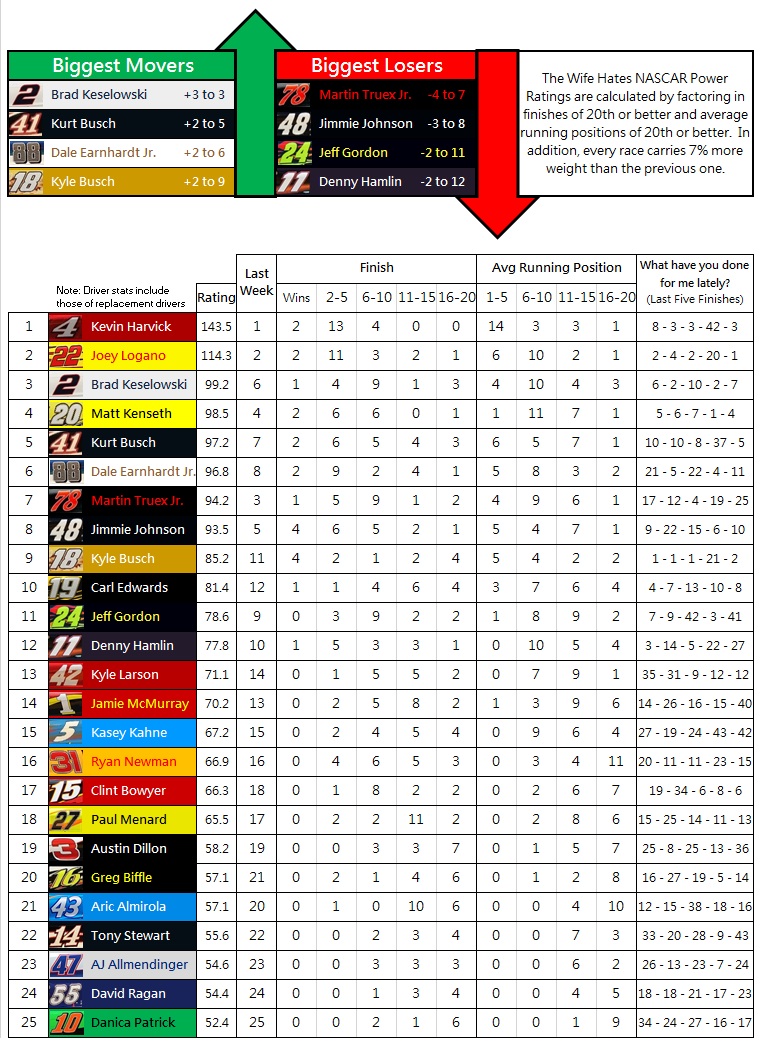