The 2015 NASCAR Sprint Cup Series season has become a bit of a broken record, with Kevin Harvick and Joey Logano stealing headlines week after week.

During the Irwin Tools Night Race at Bristol, it was more of the same, with Logano and Harvick finishing one-two.  Logano took the checkered flag – his third win of the season – leading 176 of the 500 laps.  Harvick was once again the runner-up, marking his 15th race in which he has finished between second and fifth place.

As a result, Kevin Harvick continues to hold a significant lead over Joey Logano in the latest NASCAR Power Rankings at The Wife Hates Sports.  Logano himself has a large edge over the third place position, which is held by Brad Keselowski, who moves up one spot from fourth this week.

Clint Bowyer is the biggest mover, jumping two spots to 16th place.  On the other side lies Martin Truex Jr., Kyle Larson and Paul Menard, all who fell two spots and land on the list of biggest losers for the week.

The Sprint Cup season takes a week off and returns at Darlington on September 6th.

Next Up: BOJANGLES’ SOUTHERN 500 at Darlington Raceway on Sunday September 6th at 7:00pm ET 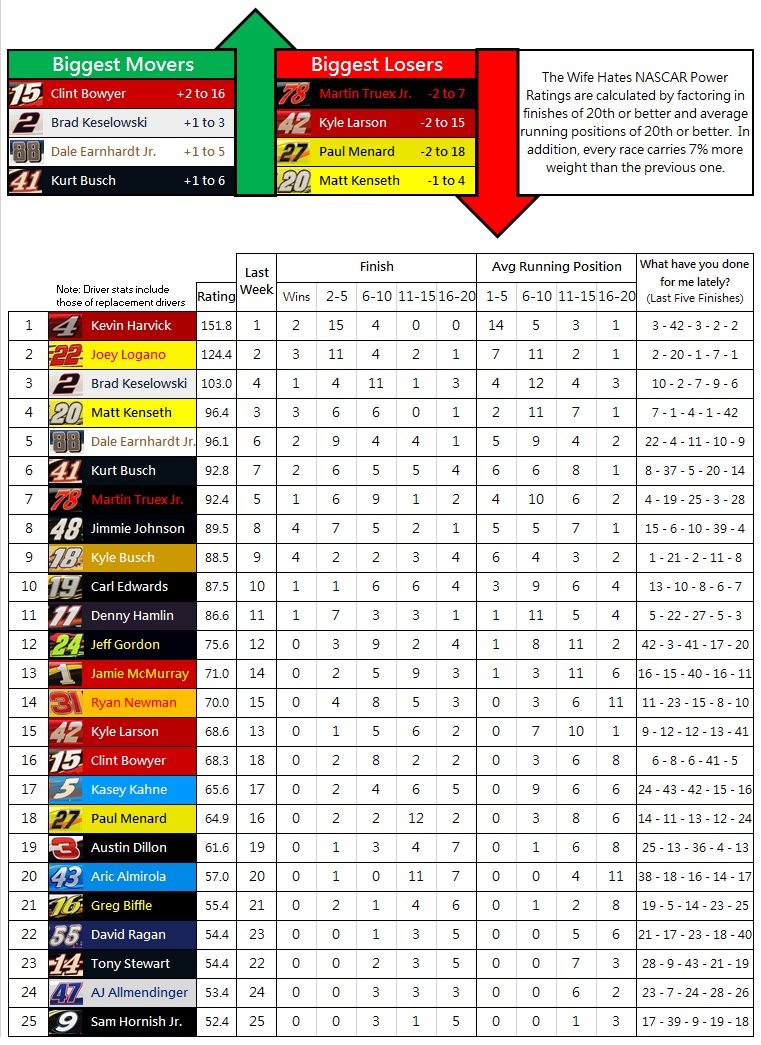