Following the race in New Hampshire, a great deal of attention was sent in the direction of Kyle Busch, who won for the third time in four races.

But with an abbreviated season under his belt (due to injury), Busch is hardly on this week’s Power Rankings radar, moving up one spot to 14th place.

One more solid run and Busch could easily crack the top ten, but for now, the focus is elsewhere.

All eyes are on the continued success of Kevin Harvick, along with a handful of others that continue to exchange places in the top five.

Of last week’s top five, Jimmie Johnson struggled the most, finishing in 22nd.

As a result, Kevin Harvick continues to hold onto a large lead in the latest edition of NASCAR Power Rankings at The Wife Hates Sports.  Kurt Busch, following his top ten finish in New Hampshire, moves up one spot to second place.  Joey Logano returns to third place, followed by Dale Earnhardt Jr. in fourth and Martin Truex Jr. in fifth.

Earnhardt Jr. is one of the biggest movers of the week, jumping two spots in the latest rankings.  In fact, only AJ Allmendinger (up 3 spots to 23rd) had a better overall week.

Jimmie Johnson and Trevor Bayne are the biggest losers of the week, each dropping four spots.

Next weekend, NASCAR returns to “The Brickyard”.

Next Up: Crown Royal Presents the Jeff Kyle 400 at The Brickyard on July 26th at 3:30pm ET 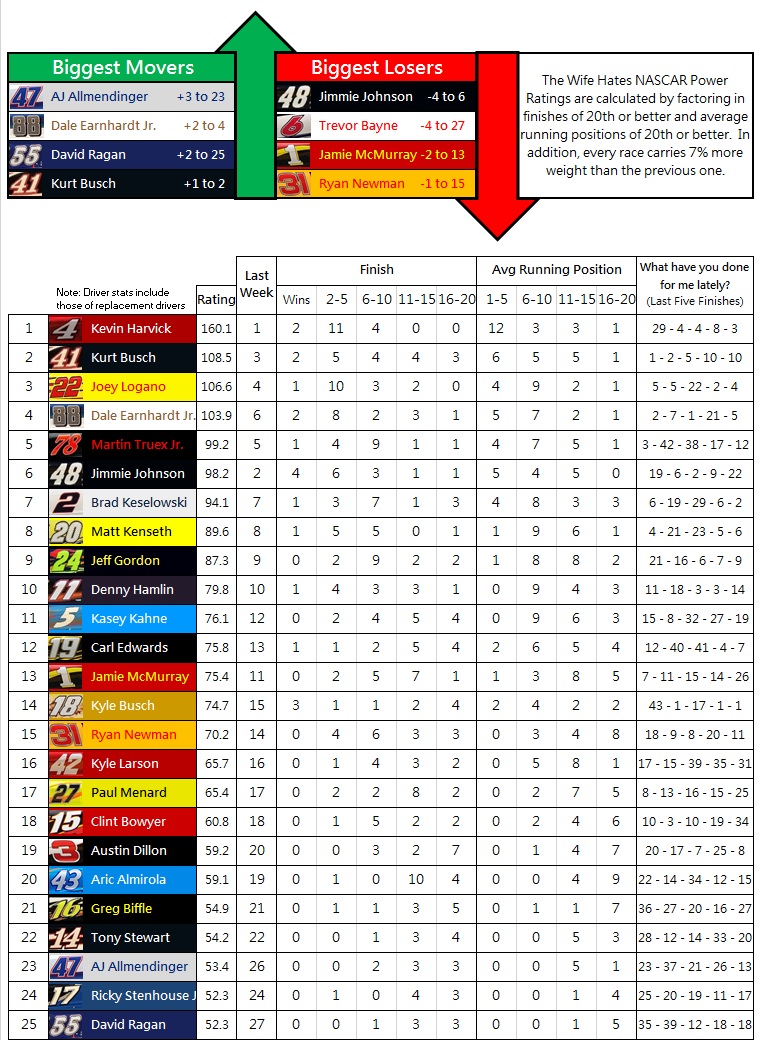