Kyle Busch is red hot and there’s no other way to express it.

After taking the checkered flag at the Brickyard over the weekend, Busch has notched three straight victories and four over his last five races.

With a streak like this, even Kevin Harvick’s 2015 season is being slightly overshadowed.

Harvick had another strong showing, posting a fourth top five over his last five races, and now has finished outside of the top ten just once this season.

It therefore comes as no surprise to see these two drivers headlining the latest edition of NASCAR Power Rankings at The Wife Hates Sports.

Kyle Busch is the week’s biggest mover, jumping up three spots to 11th place.  Busch’s abbreviated season continues to put a damper on his standing, despite nabbing four wins over the last five.

Kevin Harvick continues to lead the rankings by a very large margin, and once again, the field behind him continues to shift. 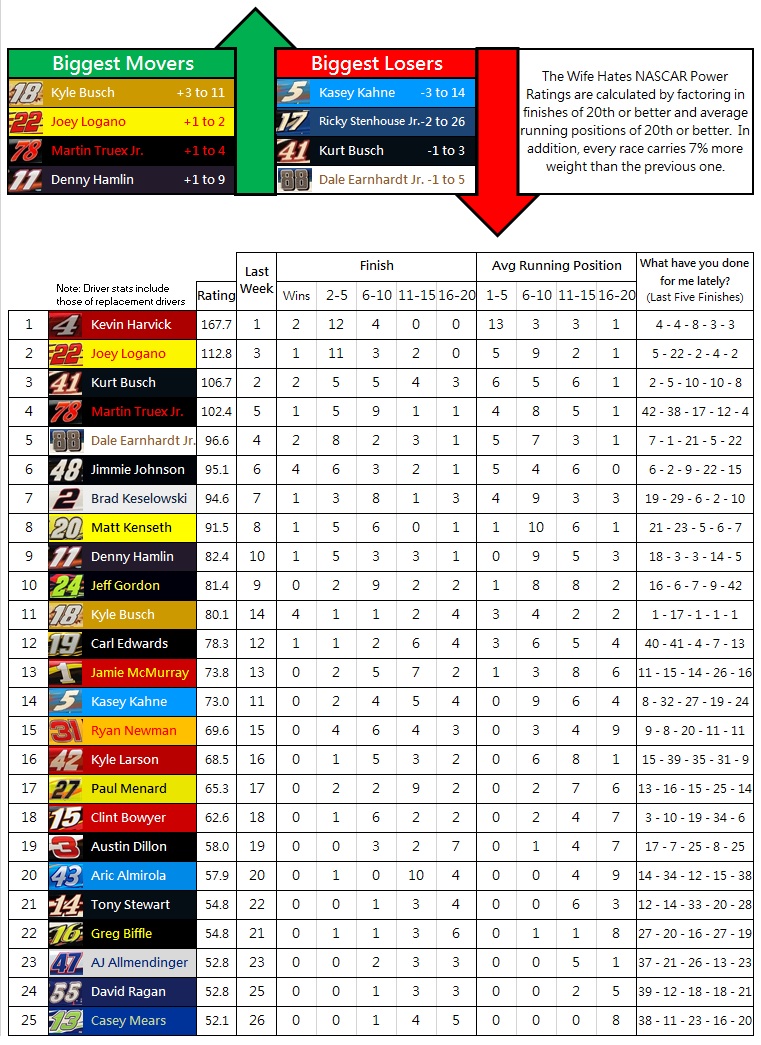