Each week of the 2015 NASCAR Sprint Cup season seems to either bring a unique headline or end a long drought.

This week’s good fortune storyline falls in the lap of Martin Truex Jr., who has certainly had a brilliant season.  Pocono was the third straight race where Truex Jr. led the most laps, but this time, he also landed in victory lane for the first time since 2013.

Truex Jr. took the checkered flag at the Axalta ‘We Paint Winners’ 400, leading 97 of the 160 laps.  Kevin Harvick led 39 laps and finished as the runner-up, followed by Jimmie Johnson, Joey Logano and Kurt Busch.

Harvick and Truex Jr. have been quite the one-two punch in NASCAR this season, each finishing no worse than 9th over the last five races.  The two drivers have also finished tenth or higher in 13 of 14 races this season.

It therefore comes as no surprise to see both Harvick and Truex Jr. dominating the latest edition of NASCAR Power Rankings at The Wife Hates Sports.

Harvick maintains a large lead, with a 57-point edge over Truex Jr. who remains in second place this week.  Jimmie Johnson and Joey Logano, each with strong finishes at Pocono, hold onto the third and fourth place spots.  Kurt Busch returns to the top five, bumping Dale Earnhardt Jr. to sixth.

Next Up: Quicken Loans 400 at Michigan International Speedway on June 14th at 1:00pm ET 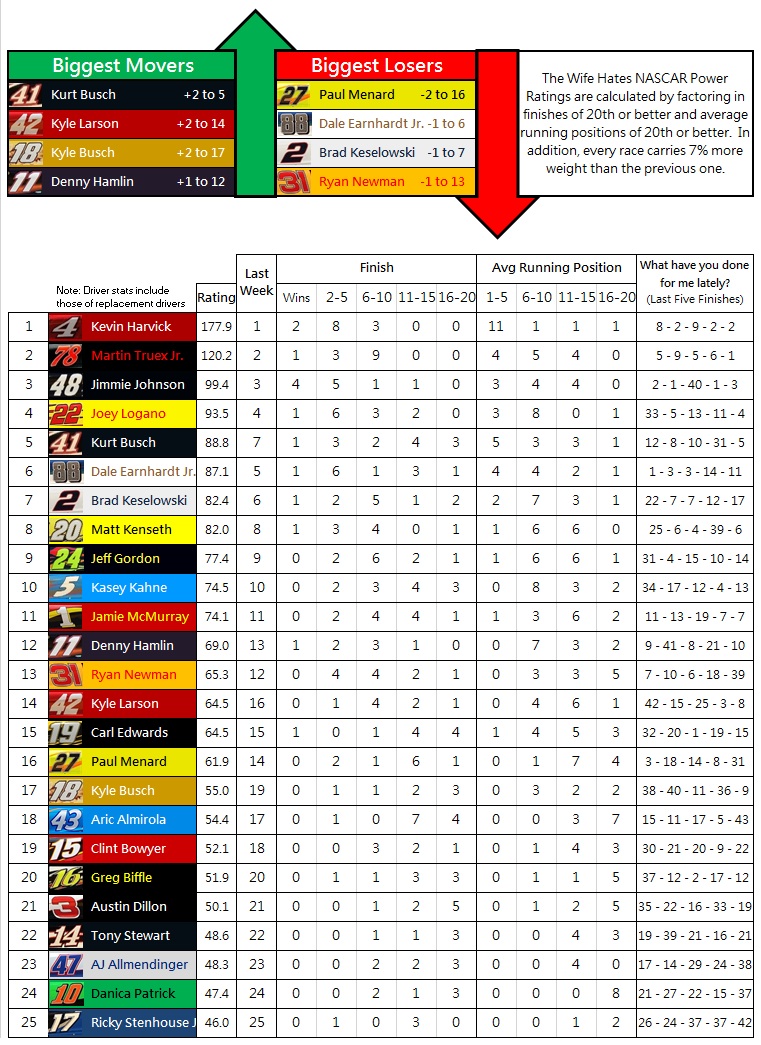