Jimmie Johnson won for the fourth time this season and the tenth time overall at Dover.  With the win, Johnson is the week’s biggest mover in the latest edition of NASCAR Power Rankings at The Wife Hates Sports, jumping three spots to third place.

But even with the four victories in tow, Johnson failed to pass Kevin Harvick and Martin Truex Jr. in the latest rankings.

Harvick continued his masterful season by posting yet another runner-up finish, while Truex Jr. led a race-high 131 laps and finished in sixth.

In the latest poll, it’s Harvick with a large lead, followed by Truex Jr. and Johnson.  Joey Logano and Dale Earnhardt Jr. round out the top five.

Elsewhere, Kurt Busch, Ryan Newman and AJ Allmendinger are the biggest losers of the week, each dropping two spots. 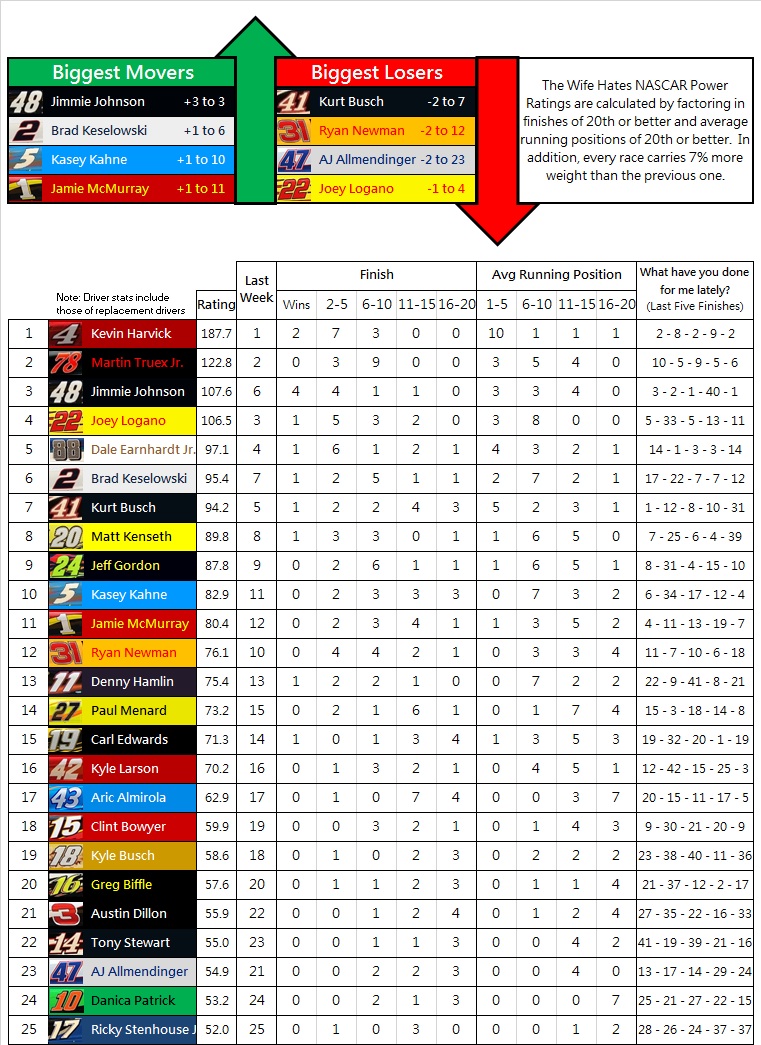