Brothers Kyle and Kurt Busch owned Sonoma over the weekend, finishing a race first and second for the first time in their Sprint Cup careers.

The victory went to Kyle Busch, his first in an injury-shortened season.

It was a very important stepping stone for Busch, considering he’s missed eleven races, following injuries sustained back on April 21st.  The win was Busch’s first in just five races, placing him in good position to be Chase eligible.  That is, if he continues to race well and stay healthy.

For brother Kurt, it was another strong performance and one that moved him into third place in the latest NASCAR Power Rankings at The Wife Hates Sports.

Kevin Harvick (4th at Sonoma) continues to lead the rankings, holding a significant edge over Martin Truex Jr., who stumbled to a 42nd place finish over the weekend.

The aforementioned Kurt Busch is in third place, followed by Joey Logano and Dale Earnhardt Jr.

Kyle Larson is this week’s biggest mover, climbing two spots (to 12th), while Carl Edwards is the biggest loser, dropping two places, and into 15th overall. 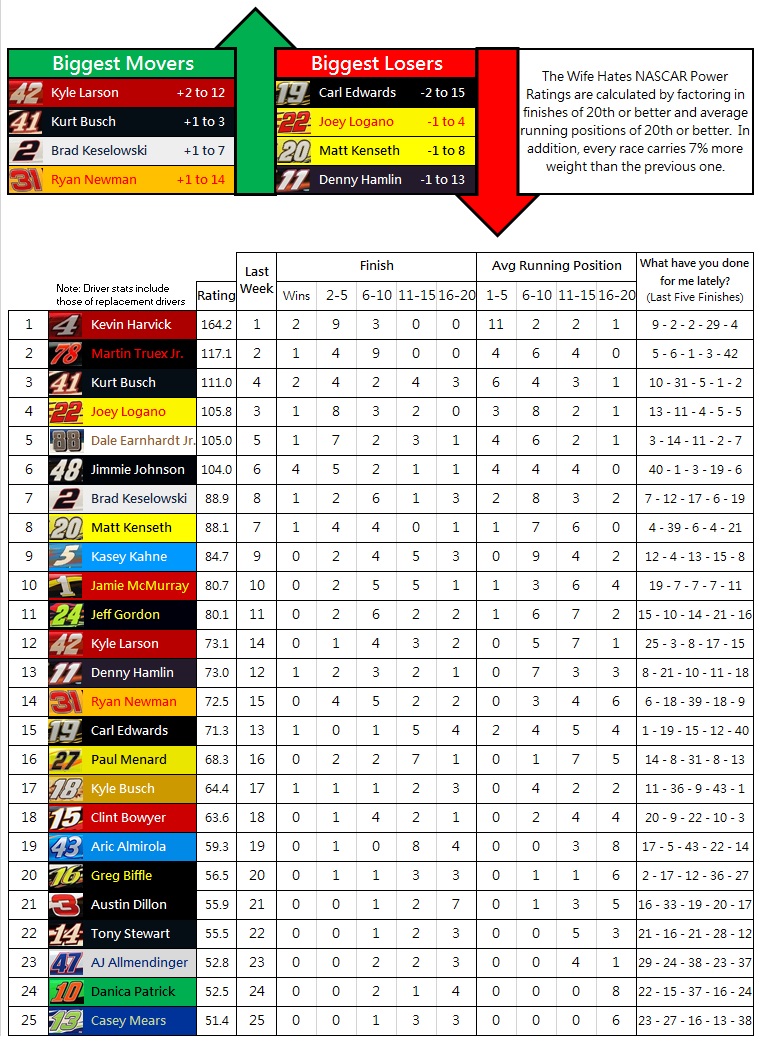