Martin Truex Jr. led a race-high 95 laps at Kansas over the weekend, but it was Jimmie Johnson who got the last laugh at the Spongebob Squarepants 400.

Insert your best Spongebob laugh impersonation here and then slowly back away.

The win was Johnson’s third of the 2015 Sprint Cup season, adding yet another notch in the ol’ Hendrick Motorsports victory belt.

It was a star-studded top five at Kansas, with Kevin Harvick posting another runner-up finish, followed by Dale Earnhardt Jr., Jeff Gordon and Joey Logano.

As a result, there was little change in the latest edition of NASCAR Power Rankings at The Wife Hates Sports.

In fact, this week’s top five remains unchanged, with Harvick leading the way and holding onto a commanding lead.

On the other side of the fence lies Matt Kenseth, who sits at the top of this week’s list of biggest losers, along with Clint Bowyer, Tony Stewart and Justin Allgaier.

Next Up: Sprint Showdown at Charlotte Motor Speedway on May 15th at 7:00pm ET 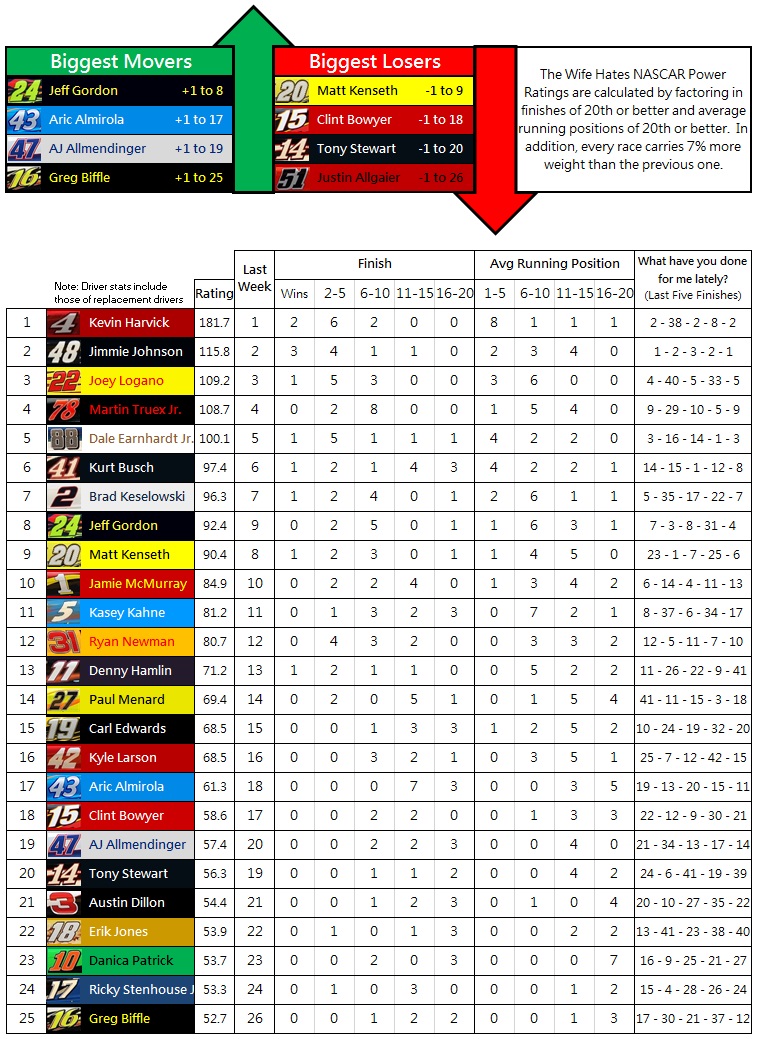