For the 2015 NASCAR Sprint Cup season, it was another race in the books and another solid run by both Kevin Harvick and Martin Truex Jr.

Truex Jr. led a race-high 131 laps at the Coca-Cola 600, finishing in fifth, while Harvick led 26 laps and finished ninth.

But the bigger stat to note is that this weekend’s race in Charlotte was the 11th top ten finish for both Harvick and Truex Jr., leaving just one race where each driver finished outside of the top ten.

Therefore, it comes as no surprise to see these two drivers at the top of the latest edition of NASCAR Power Rankings at The Wife Hates Sports.

Elsewhere, Carl Edwards – signature backflip and all – ended a 31-race winless stretch and took the checkered flag at the Coca-Cola 600.  The win pushes Edwards towards Chase eligibility, but only bumped him up one spot to 14th place in the latest ratings.

On the other side of the fence lies Jimmie Johnson, who sits at the top of this week’s list of biggest losers, falling four spots.

Next Up: FedEx 400 Benefiting Autism Speaks at Dover International Speedway on Saturday May 31st at 1:00pm ET 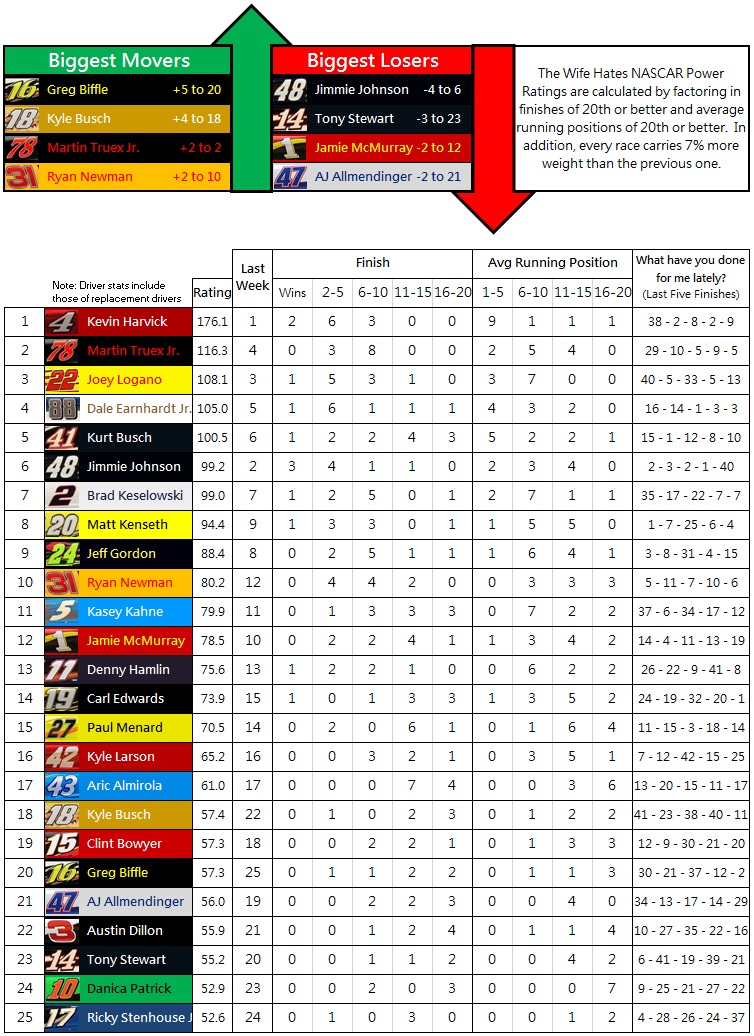