Matt Kenseth – fending off furious competitors and numerous rain delays – vaulted himself into Victory Lane for the first time since the 2013 Sprint Cup season.  The victory was Kenseth’s fourth overall at Bristol, ending a 51-race winless stretch.  As a result, Kenseth is this week’s biggest mover, jumping six spots in the latest edition of NASCAR Power Rankings at The Wife Hates Sports.

Coincidentally, Kenseth finds himself in sixth place, the same spot where he finished the 2014 Sprint Cup campaign, which he posted a season-high 13 Top Five finishes (with no wins).

Elsewhere, Kevin Harvick finished outside of the top ten for the first time this season.  Harvick, despite leading a race high 184 laps, finished in 38th place, following a wreck with David Ragan, with 189 laps to go.

Despite the sub-par finish, Harvick still maintains a large lead in the latest rankings, followed by Joey Logano and Brad Keselowski, who each faltered at Bristol over the weekend.

Jimmie Johnson joins this week’s top five and is in fourth place, followed by Martin Truex Jr., who falls one spot to fifth.

Next Up: Toyota Owners 400 at Richmond International Raceway on April 25th at 7:00pm ET 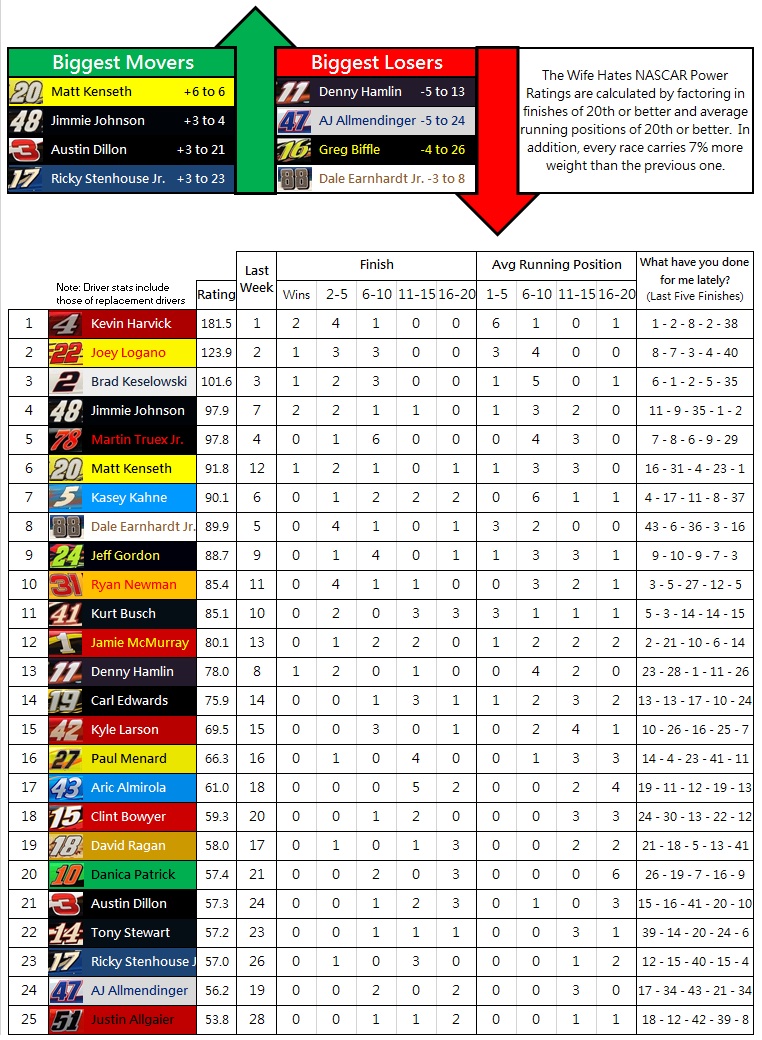