Kevin Harvick pieced together another strong performance, leading 96 of 334 laps at the Duck Commander 500 over the weekend.  As a result, his monstrous NASCAR Power Rankings lead remains intact heading into this week.

Harvick was the runner-up, his fourth of the young season, to go along with two victories and a top ten.

So, while Jimmie Johnson was celebrating his fifth career win at Texas, it was Kevin Harvick that continued to make headlines.

The win bumped Johnson up four spots (to 7th place) in the latest edition of NASCAR Power Rankings at The Wife Hates Sports.  Johnson is also is this week’s biggest mover, trumping Jeff Gordon, who moved up three spots and also cracked this week’s top ten.

This week’s biggest loser is Matt Kenseth, whose 23rd place finish at Texas knocked him down four spots and out of the top ten.

Next Up: Food City 500 in Support of Steve Byrnes and Stand Up to Cancer – at Bristol Motor Speedway on Sunday April 19th at 1:00pm ET 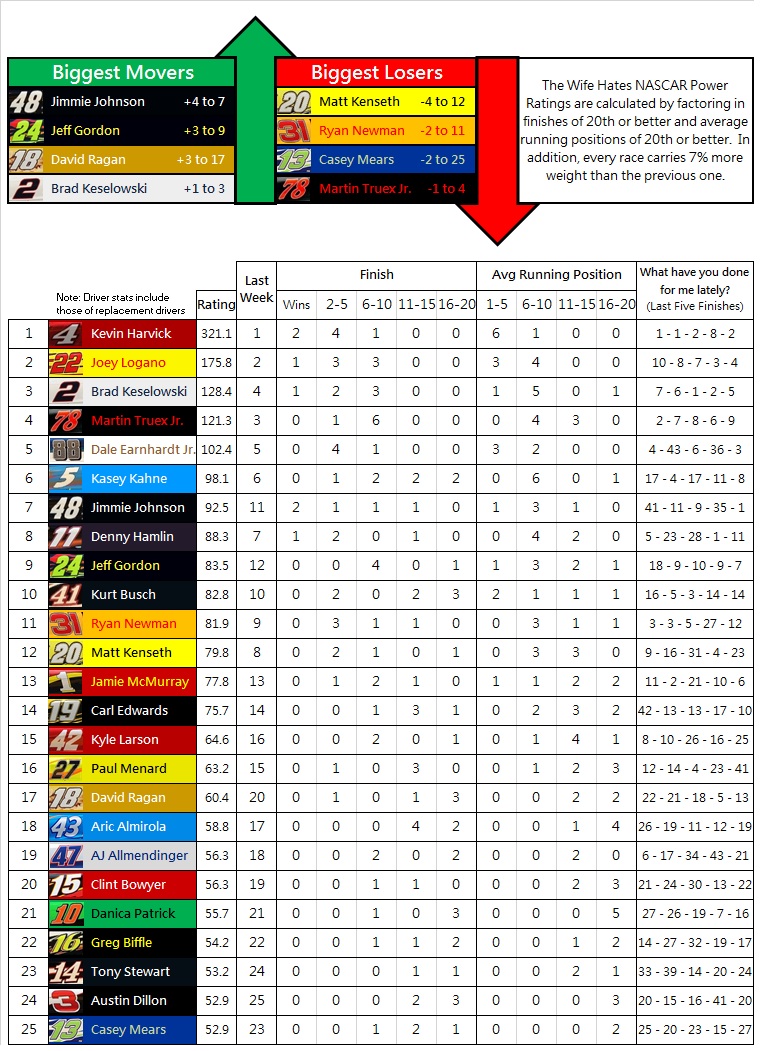