Kurt Busch – buried in a sea of negative headlines and suspended by NASCAR for the first three races – emerged victorious at Richmond over the weekend, taking his first checkered flag of the young season.  While an emotional win for Busch and his team, the controversy and debate will continue to loom overhead, not only for the domestic violence case investigation, but also due to NASCAR granting Busch Chase eligibility.  Despite the potpourri of headlines, Busch is on a tear and is the biggest mover in this week’s edition of NASCAR Power Rankings at The Wife Hates Sports.

The victory vaults Busch up five spots and into sixth place.

Elsewhere, Kevin Harvick returned to form, finishing as the runner-up at Richmond.

As a result, Harvick maintains a large lead in the rankings.  He’s followed by Joey Logano, who remains in second place through eight races.  Jimmie Johnson, Martin Truex Jr. and Brad Keselowski round out this week’s top five.

Next Up: Geico 500 at Talladega Superspeedway on Sunday May 3rd at 1:00pm ET 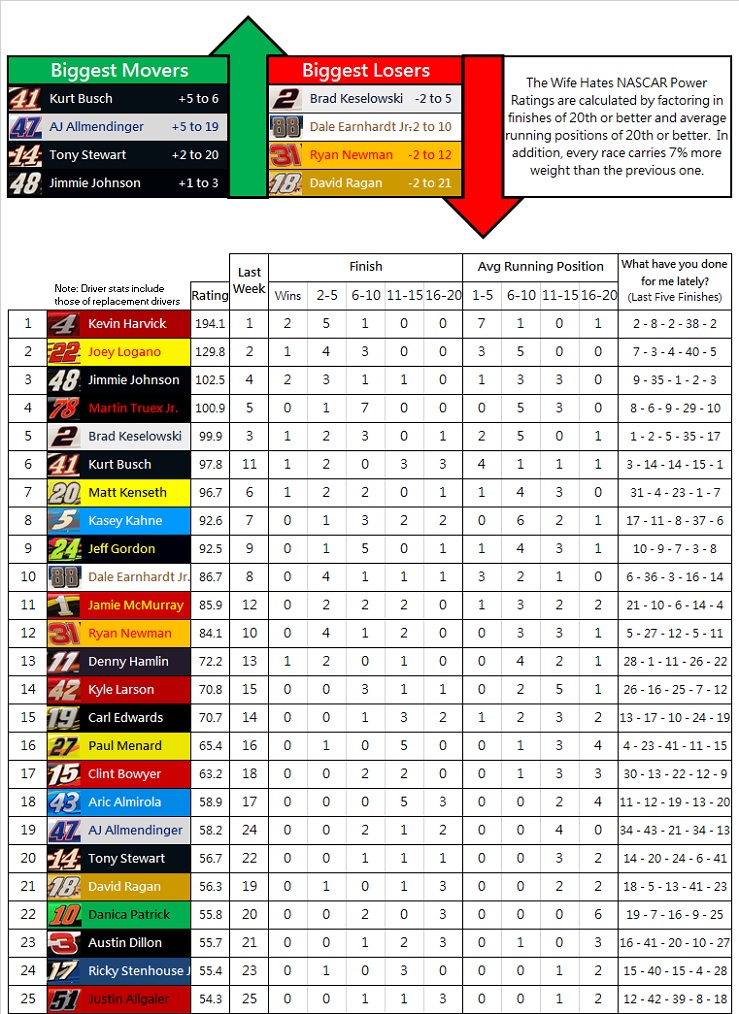